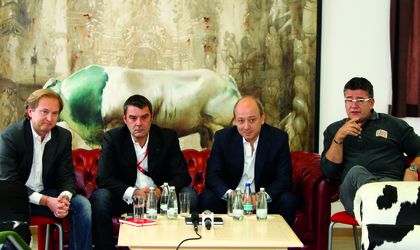 The transaction, the terms of which have been kept confidential, should be completed by the first quarter of 2014.

Publicis Groupe is making a move towards consolidation in Romania with the acquisition of a 51 percent majority stake in five affiliated agencies: Leo Burnett & Target, Starcom MediaVest Group, The Practice and iLeo (all part of Leo Burnett Group) and Optimedia (part of Publicis Romania).  Teddy C. Dumitrescu and Stefan Iordache will continue to lead local operations as CEOs, with the former also taking the role of country chairman of Publicis Groupe in Romania. They will report to Tomasz Pawlikowski, chief executive officer for Central and Eastern Europe at Publicis Worldwide.

Before the deal, Publicis owned 35 percent in Leo Burnett and 35 percent in Starcom, but had no ownership of iLeo, The Practice and Optimedia, according to Dumitrescu.

“Development on rapidly growing markets is a priority for the group. This transaction is an important landmark and renewed proof of our commitment to Central and Eastern Europe, where Romania is a key market,” said Jean-Yves Naouri, Publicis Groupe COO & executive chairman of Publicis Worldwide.

At the end of July, Publicis and Omnicom merged, creating the largest international media group with a cumulated market value of USD 35.1 billion, according to Reuters.

“This transaction in Romania is not related to the international transaction between Omnicom and Publicis. This has been the plan for Romania all along. Three years ago, when the first transaction was announced in Romania, in which Publicis took over the majority share package in the first agency, Publicis Romania, they had this vision about how the development would go,” Dumitrescu told Business Review. “We don’t believe our consolidated strength will put pressure on Romanian publishers to reduce their fees,” added Dumitrescu.

Total net adspend in Romania will continue to decrease in 2013 to an estimated EUR 295 million, from EUR 303 million posted in 2012, according to the Media Fact Book Romania 2013 by Initiative Media. TV continued to hold the largest market share of net adspend, standing at 64 percent in 2012, while internet stood at 14 percent, outdoor at 10 percent, print 7 percent and radio, 6 percent.

“In two years, we expect the trend to reverse and the decline on the market to stop. Last year, the market decreased by 7 percent and it is estimated that this year it will decline by 5 percent,” said Iordache.

Dumitrescu added, “Retail, FMCG and telecom are the industries that invest the most in advertising. Unfortunately, they depend very much on the purchasing power of the public. Even though the GDP has grown, this is due to industrial production, exports and agriculture.”