“Public Relations is the most dynamic business in the world,” says Maxim Behar 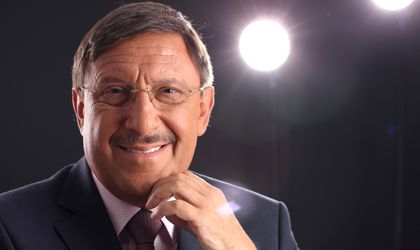 Maxim Behar is a leading Public Relations expert with wide experience and strong presence in many countries all over the world and currently president of ICCO (International Communications Consultancy Organization). He travels a lot, often speaks in front of audiences of world leaders, practitioners, students and opinion makers on the modern public relations and social media topics. Present at the “Superbrands Romania” Gala, BR met with him and talked about the latest PR trends and changes in the industry.

What are the main changes that you considered happened in the last two years in the PR industry?

Public Relations now is a business which is changing, if not every minute at least every day, somewhere in the world. And in fact – this is the beauty of this business, which I do consider as the only one where creativity and profits cross their ways and also go together. Nothing which had worked ten years ago does not work anymore and although the reasons are many and complicated I would like to underline one very important. First time since Public Relations started as such, sometimes in the beginning of the last century, the ownership of media has changed and now everyone owes media – our clients, ourselves, governments, business… even taxi drivers and all other people, who never ever before had for a single minute an idea that one day they might be opinion makers and will own media. So – the first change is that everyone owns media – profile on social media, blog, web site, forum… This is the main base for the second big change – nowadays everyone is public. In the past the public persons used to be very limited number of people – stars from sports and show business, politicians and journalists… Very limited number of people, but let say important ones. Now…everyone is a public person, which means that in the public space everyone is important in a way. These facts put huge impact on our business, they changed the world, changed the people, changed the way we communicate, behalf, the way we sell and buy even. When it started some ten years ago, the main messages were delivered publicly in the text format and the contents of social media – mainly Facebook and Twitter was dominated by the content with very small presence of visuals. Now… the past two years. The main change is namely the content – pictures, videos and all type of visuals started being cast majority of this content and logically our business is adapting to this reality. Graphic and  web designers, together with the social media expert in the beginning of 2016 are already at least 50 percent of the team in my company, two years ago they were 30 percent, five years ago – less than 10. This facts changed also clients’ requirements on how to reach our targets and how to have better results.

Do you foresee some more for the near future?

Absolutely. Again – every single day. Public Relations is the most dynamic business in the world. Traditional media like printed newspapers are disappearing, radio is already not the traditional place for advertising and most probably soon will also die in this format, TV is getting closer to the online media. These facts require total change in our business too – much more attention to the visual content and completely new abilities and knowledge of our teams. Instead communications with media, now we must learn how to manage the media as we and our clients own them.

Do you see any differences, beside the cultural ones, between the PR industry in the Eastern versus the Western Europe?

There are differences, but I would say not between Easter and Western Europe, but more between Southern and Northern Europe. The differences comes mostly with the national characteristics, level of emotions and consumption habits of the different countries. But we must be aware that social media make these differences less and less and next generations all over the world (except purely and strongly religious countries) will become very much closer with the mentalities and interests. They will work like never before in the history and they will know so much, like never in the history people had knowledge. It makes our business very international and less dependable on the national differences.

Clients became extremely demanding and majority of them started to work with PR companies not with a regular retainer fee contracts, but only on a project base. This is a great mistake. This business must have strategy – mostly long term ones and also strong continuity. In 2016 our business, alongside will all the changes in the social media and adjustments for the new media environments, must very proactively fight to prove the clients that we are the masters of content and none can do this better than us. Imagine there are three main circles in the modern public communications circles today – PR, Advertising and Digital. The fight now is between PR and Advertising who will get the most of digital business, but the simple truth is that those three circles in the very near future will merge into one and my strong believe and prediction is the PR will prevail. The first steps of this will be done in 2016, trust me.

What do you know about the Romanian PR industry? What pieces of advice would you give us?

Romania is a great country with great people – knowledgeable, ambitious, hardworking and eager to succeed. The only strong advice I can give to you now is to urge leading PR companies in Romania to unite into Association and to apply for ICCO full membership. This will bring Romania on the map of the Global PR business and will boost my colleagues into an ocean of knowledge, priceless contacts and classy promotions of their companies.

You have a rule in life: “If your dreams don’t scare you, they aren’t big enough.” What has it been your biggest professional dream and why?

In my life dreams come every day and hardly can say which is a big one and which is small. In fact, dreams are the driving force of the world and of the progress. They do not come true overnight, all my dreams – in business and in personal life came rather after hard work and thousands of sleepless nights.

What do you wish for your next professional years?

Keeping innovative approach every day, being curious, impatient, creative…. all the time in all my business matters. Personally – just to be in love. The most important thing for each human being.

What are the best pieces of advice anyone gave you in your career and why?

I met thousands of persons and took always small pieces of their wisdom and professional experience. My absolute mentor in business was late Terence Billing, former executive Vice President of my “mother” company Hill+Knowlton Strategies, amazing personality with huge impact not only on me, but on thousands of PR experts all over the world, also one of my best friends ever. Terence passed away two years ago, but still, my main conference room in my Sofia office has his name and this will be forever. Jack Martin, Lars-Eric Gronntun, Andy Laurence, Sally Costerton, Cesare Vally… all my friends former and current manager of Hill+Knowlton Strategies, David Gallagher, my predecessor as President of ICCO, the great one and only Paul Holmes and many others… all they left a small or big track in my PR education and it is hardly to say who left what… It was just… they altogether!

What attracted you to the PR world in the first place and made you chose it as a career?

The crossing path between the creativity and profits. The fact that you must be free and in the same time very responsible. Also the world of Winston Churchill: “You can achieve a lot of things with the journalism, but you must know exactly when to quit.” Well, I did it after almost 20 years in journalism.  And last, but not least – because all my heart wanted this.

Looking back is there anything you did / decisions you took you would change? Why?

It is too early to say. In order to know this, I must have at least a couple of years far away from the business. Which will not happen soon.

Maxim Behar is a leading Public Relations expert with wide experience and strong presence in many countries all over the world. He travels a lot, often speaks in front of audiences of world leaders, practitioners, students and opinion makers on the modern public relations and social media topics. One of his favorite rules in life says: If your dreams don’t scare you, they aren’t big enough.

In 1994 Maxim founded M3 Communication Group, Inc., the leader in the field of public and media relations in Bulgaria. Since then he has been the company’s Chief Executive and Chairman of the Board of Directors.

He is also Honorary Consul General of Republic of Seychelles to Bulgaria.

Currently Maxim Behar is  Chairman of the Board of World Communications Forum in Davos, Switzerland, Chairman of the Board of Trustees of “For Our Children” Foundation, Vice-President of The Atlantic Club in Bulgaria, Board member (former long years Chairman) of Bulgarian Business Leaders Forum and tens other local and internationals organisations.

Since January 2012 he was appointed Chairman of Hill+Knowlton Strategies in Prague, Czech Republic, and since then he has been managing simultaneously both offices in Prague and in Sofia.

Maxim has a bachelor’s degree in Engineering Economics and an Advanced degree in International Economic Relations from the Prague Economics University in the Czech Republic.

In 1981, during his studies, he began his career as a journalist in Bulgaria, the Czech Republic, and Poland. He remained active in journalism until 1995.

Maxim’s latest book “Generation F” reached #4 of sales on Amazon (2012) and also his previous books “111 Rules on Facebook” and “Secondary Instinct” were considered best sellers in the country.