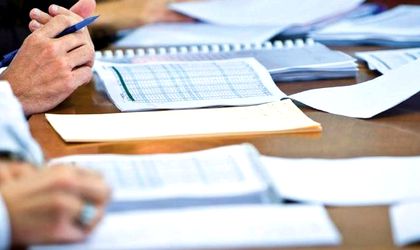 CNSC received last year 2,559 complaints made by companies in the procedures for awarding public procurement contracts, of which 429 (16.76 percent) concerned the tender documentation, and 2,130 (83.24 percent) were connected to the outcome of the procedure.

At the same time, 662 (25.87 percent) of the complaints were for public procurement contracts financed from European funds, while 1,897 (74.13 percent) were for contracts funded from internal public funds.

Of the complaints filed last year by companies, 34.7 percent (888) were connected to procurement procedures covering the execution of works, 31.89 percent (816) connected to supplying products and 33.41 percent (855) to services.

“Although the number of complaints made to the CNSC last year have reached a new low since the establishment of the institution, the number of irregularities in the public procurement market has been significant,” reads a statement from CNSC.

Thus, of the total value of procedures for which appeals were admitted, the canceled ones amounted to RON 2.56 billion (EUR 576.49 million) and those which were ordered remedial measures totaled RON 12.09 billion (EUR 2.72 billion), “which demonstrates the role of the CNSC as an efficient filter to prevent situations where public money could have been spent inefficiently because of the use by various contracting authorities of exceptions affecting the market transparency of public procurement and creating the potential for corruption”.

Since its establishment in September 2006, the Council recorded 53,592 complaints. Of all the decisions relating to those complaints, 47,596 (98.15 percent) remained final and irrevocable, as pronounced by the CNSC.