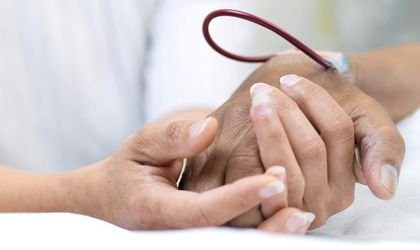 The prime minister, Victor Ponta, announced in August that salaries across the entire public healthcare system would go up by 25 percent from October. This is the first in a series of similar salary hikes, meant to bring the pay of Romanian medics to a satisfactory level. But the picture is more complicated than that.

On August 26 the Romanian executive approved an emergency ordinance increasing salaries in the public medical sector by 25 percent, which will come into force on October 1. The hike was announced by Ponta.

The increase will benefit approximately 181,000 people working for the Romanian Ministry of Health and local authorities, and over 13,000 people in ministries with their own healthcare network.

The measure is expected to cost the budget RON 1.7 billion a year. For this year, the funds are already available, said the Romanian PM at the time.

Healthcare minister Nicolae Banicioiu said he would ask for as much money as possible for future budgets, according to Mediafax newswire. “I will propose as much as possible for the healthcare sector. I believe we should reach 6 percent of GDP. The budget now stands at 4 percent of GDP if we take into account the sums that the medical system received via the local authorities. I will ask for more,” he promised.

According to the first vice-president of the Sanitas Federation, Marius Sepi, the 25 percent increase in October will be followed by others that will be adopted in 2016 and 2017.

“This is a first step, but over the coming years, there will be further 25 percent increases so salaries in the sector will double,” said Sepi.

After the government approved the pay rise, the Romanian PM urged healthcare minister to ensure higher quality in medical matters.“Now there is more money but also higher demands,” said Ponta.

However, doctors do not believe that higher salaries are always correlated with greater quality in medical treatments.

He added, “Medical treatment is based on knowledge, conscience, empathy and the privileged relation between doctor and patient. None of these has a direct connection to salary levels.”

The problems facing the Romanian healthcare sector have been intensely debated in the local media, which has exposed the poor state of hospitals, corruption, plus the fact that healthcare workers are overwhelmed with the amount of work and underpaid.

The emigration of doctors and nurses is one of the issues that are particularly concerning for the authorities. Approximately 3 percent of Romanian doctors and up to 10 percent of nurses leave home every year for places such as Italy, France, Spain, the United Kingdom and Scandinavia, according to a survey carried out by the European Federation of Public Services.

According to the Viata Medicala publication, resident doctors in Romania earn from EUR 200- EUR 300 a month, while the top-earning doctors may make between EUR 5,000 and EUR 12,000 per month. The calculations are based on wealth statements and official documents, and do not include the informal payments that some doctors receive. “The gap between the bottom and the top of the pyramid is huge, unacceptable and specific to a third world country,” says Viata Medicala in the article.

Borcean doubts that the increase in salaries will put an end to the exodus of doctors and nurses abroad. “To our knowledge, after completing their studies, low salaries are not the only reason for which medics choose to emigrate. Even if salaries double over the next two years, they would still be lower than in the destination countries. The main reason for emigration cited by those who were questioned is the social standing of the profession in Romania,” he tells BR.

However, Borcean believes that this is a positive and unprecedented measure from the Romanian authorities. “Even if the government keeps its word and doubles salaries over the next two years, we still would not be close to normality, but it is a huge step that no other government has taken so far,” he argues.

Meanwhile, Ponta’s announcement that the government is considering a potential bribe law aiming to tax the “cash envelopes” that some doctors receive was met with opposition, according to Mediafax.

The law would make it legal for doctors to receive extra money from a patient only if it is not conditioned by the doctor and if it is given after the medical treatment has ended.

The Doctors’ Alliance fiercely opposes the bill, stating it would be degrading both to the doctor and the patient. The group noted that members of the public already pay a monthly tax for medical care and this would only double the money the state already takes for the same medical services.

“As physicians, we want to spend time with patients talking about what treatments and medication can solve their complaints, not to enter into financial negotiations. If such an aberrant law passes, it means that hospitals will have a ‘guide for good practice on how to give and receive legal bribery’,” the alliance said.

“There is money in the health system, but it is poorly managed by the people appointed to political roles who do not care about doctors’ or patients’ fate,” the statement concludes.

Warning politicians that they should prioritize modernizing the health system over passing a bribery law, alliance representatives opened a Facebook group for discussions of the matter.

However, justice minister Robert Cazanciuc said that “under no circumstances” will the bribe bill for doctors be adopted. The minister mentioned that the Patient’s Bill is under debate in Parliament and any stipulation regarding additional contributions granted to medical staff could be included in that bill.

“At the moment, we have a bill in Parliament, the Patient’s Bill, which has included this stipulation ever since 2003 (…) In fact, since 2003, no application norms for this law have been applied (…). I think it is time to make clear some terms in the law, at the level of Parliament. This is not about legalizing bribery; we are not working on such a bill at the moment,” said Cazaciuc, quoted by Mediafax.

He added that a legal framework must be in place in which both doctors and patients know their rights and obligations, according to the newswire.

The Romanian healthcare minister met the commissioner earlier this month. “The meeting went well. We discussed drug acquisitions, the vaccination bill and the law for doctors that is currently in Parliament,” said the minister.