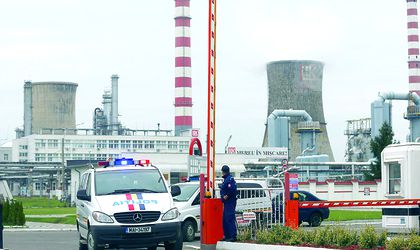 Russian general director of Petrotel-Lukoil, Andrey Iurevici Bogdanov, and three other officials have been indicted in a case for money laundering, according to Ploiesti court of appeals representatives quoted by Reuters.

According to the statement, the investigation involves a EUR 2 billion criminal probe, as the indicted “have used the company’s assets in bad faith and the credit it enjoys, for a purpose contrary to its interests, to favour other companies in which they had a direct or indirect interest to strike crude oil purchasing contracts”.

Prosecutors have already seized Lukoil assets worth EUR 2 billion as part of their investigation into suspected money-laundering at the refinery, in the southern Romanian city of Ploiesti.

Russia’s second-largest oil producer, Lukoil has denied the accusations and said it would appeal against the asset seizure. It also stated the refinery would not be closed and its activity would not be affected by the investigation.

Prosecutors from the Ploiesti court of appeals indicted the director-general of the refinery, as well as two deputy managers and also a Netherlands-registered holding company.

The officials were indicted for “sealing supply deals for finished goods in disadvantageous price terms which produced losses as delivery prices were set below production costs”.

No trial date has been set as of now. Prosecutors said the Romanian secret service, known as SRI, assisted them in their investigation.