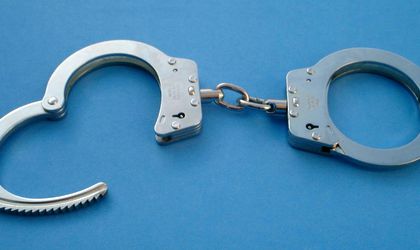 Dorin Cocos was interrogated for 14 hours on Monday, while Gabriel Sandu underwent a 9-hour audit.

Also detained on Monday night was business man Nicolae Dumitru. On Tuesday monring, the prosecutors announce that they detained the mayor of Piatra Neamt, Gheorghe Stefan, in the same case.

All the suspects that were apprehended by DNA prosecutors will be submitted for a proposal of preventive arrest on Tuesday.

According to DNA prosecutors, employees in the Government an private societies involved in the project to obtain Microsoft licenses for schools embezzled USD 20 million from the USD 54 million paid by the executive.

For instance, prosecutors argue in the case built against him that Dorin Cocos asked for USD 17.5 million for him Gabriel Sandu and Gheorghe Stefan in this case. Nicolae Dumitru asked and received, through his company, USD 7.65 million to intervene with Serban Mihailescu Dan Nica.

“In order to exert his influence on Serban Mihailescu – coordinating minister for the Government’s General Secretariat – and Dan Nica – minister of Communication and Information Technology, as well as on other member of the Government to make sure that the Microsoft licensing project will be ran with Fujitsu Siemense Computers Austria, Dumitru Nicolare requested and received that total sum of UD 7.65 million. The sum came from Fujitsu Siemens Computers”, prosecutors wrote in the retaininig order practiced against Nicolae Dumitru.