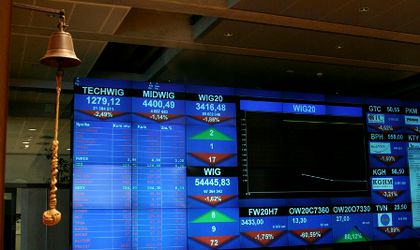 The gain in NAV was supported by fresh regulation issued from by stock exchange watchdog CNVM. FP was therefore able to include the insolvent Hidroelectrica in the NAV, which was previously valued at nil.

Franklin Templeton, the FP administrator, appointed KPMG to value seven unlisted holdings, including Hidroelectrica, which was valued at RON 2 billion (EUR 455 million). However, the overall gain stood at RON 1.8 billion (EUR 410 million), as some of the unlisted companies saw their value decrease following the KPMG intervention.

Foreign institutional investors hold a commanding 53.6 percent in FP, while Romanian private individuals are trailing back at 28.6 percent.

The largest shareholder in FP was the US-based hedge fund Elliott Associates with a 14.95 percent stake, according to September data. City of London Investment Management had 9.7 percent and the Royal Bank of Scotland 5.39 percent.

FP shares rose by 0.08 percent to RON 0.5900 on Tuesday trading on the Bucharest Stock Exchange. The fund plans a secondary listing on the Warsaw Stock Exchange this summer.