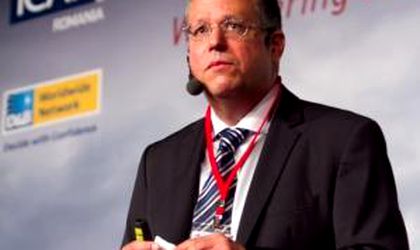 ICAP used data from 155,783 from Romanian companies in assessing their financial health.

“In Romania, the ratings are skewed towards the lower end of the scale. This is worst than the situation in other countries,” said Komninos (in picture).

Komninos suggested companies need to emphasize on cost reduction to improve their profitability.

Cristina Rusuleanu, CEO of Euler Hermes Europe, Bucharest Branch, said the number of insolvencies in Romania has risen from 14,000 in 2007 to 30,000 in 2012. Retail and constructions were the main sectors that generated insolvencies. 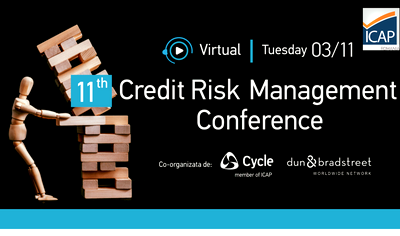 “Nowadays, clients file for insolvency to protect themselves from suppliers,” said Rusuleanu. She explained this is also due to permissive legislation.

Professor Altman spoke exclusively with Business Review about the fate of the Euro zone and Romania’s ambition to join the beleaguered Euro zone in an interview that will be published next week.

Edward Altman is an expert of Credit Risk Analysis, Corporate Bankruptcy, High Yield Bonds and Distressed Debt. He was named one of the “100 most influential people in the world” by the Treasury and Risk Management publication.