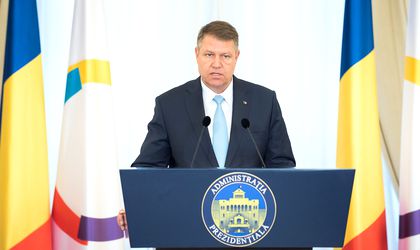 President Klaus Iohannis is set to take part in the Nuclear Security Summit taking place in Washington, the Presidential Administration announced. He will be meeting President Obama alongside dignitaries from 56 nations in a high-profile gathering.

On Thursday, Iohannis will visit the Holocaust Memorial and will participate in a dinner at the White House.

Klaus Iohannis’ Friday agenda includes the opening session of the summit, a working lunch and attending the discussion based on a scenario prepared by the organizers which consists in the video presentation of a hypothetical case of nuclear terrorism — the theft of nuclear or radioactive material by non-state players and its partial use. At the end of the summit, President Iohannis will make a press statement.

According to official sources, President Iohannis will also have bilateral meetings with officials participating in the Nuclear Security Summit, Agerpres states.

According to CNN, during the two days discussions will focus on reducing the use of highly enriched uranium and combating nuclear smuggling. A special session on ISIS will also be included, covering the threat of the group obtaining chemical or radiological weapons.