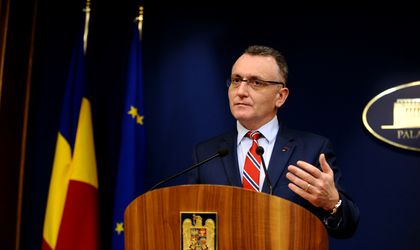 President Klaus Iohannis has appointed education minister, Sorin Cimpeanu, as interim prime minister, after Victor Ponta handed in his resignation on Wednesday morning, according to Mediafax newswire. Cimpeanu is not politically affiliated.

According to law, when the PM resigns the president appoints an interim premier until a new government is formed. Ponta had proposed defense minister, Mircea Dusa, as his replacement, when deposing his formal resignation.

According to Mediafax, the president has called for two days of negotiations with the parties for the appointment of a new prime minister. This is a unique situation, since usually the negotiations take place during the same day. But Iohannis has called PSD, PNL, UDMR and the minorities group today, between 15:00 and 19:00, while tomorrow a new series of negociations will be led with UNPR and ALDE, starting with 11:30.

He also said he would consult the civil society and representatives of the movement known as “the street” on Friday.

“I followed last night’s protests carefully. I am very pleased that the manifestations were without violence, without exaggerations and I have an important message for everyone who was there last night and the night before: I saw you, I heard you, I will take into account your requests”, commented Iohannis.

This comes one day after Victor Ponta announced he is ending his mandate as an answer to street protest requests, which brought 25,000 people on Tuesday and 35,000 people on Wednesday in the University Square. Thousands of people have also protested across the country. Protests are also programmed to take place on Thursday evening, as people say a deep reform of the system is needed, asking for the whole political stage to be changed.

The current rector of the University of Agronomic Sciences and Veterinary Medicine (USAMV) in Bucharest and president of the National Council of Rectors, the 47-year-old Sorin Cimpeanu has been the minister of Education and Scientific Research since December 2014. He graduated from the USAMV in 1991 and went on to obtain his doctorate from the same university in 2000. Between 1992 and 1999, the interim prime minister worked as a project engineer at the National Institute of Research and Development for Land Reclamation (ISPIF) in Bucharest. After that, he quickly climbed the academic ranks of the USAMV and held the dean position from 2008 to 2012.

He is the author of over 80 scientific articles and several university textbooks. In 2002 he was awarded the In Hoc Signo Vinces distinction by the National University Research Council for research conducted throughout his career and in 2004, he was awarded the “Education Merit” medal by the Romanian presidency.