Prepay card law returns to the attention of Romanian authorities 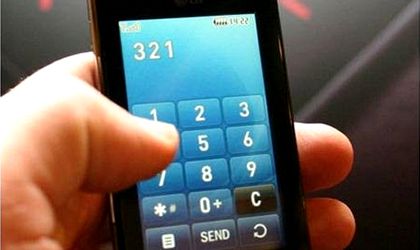 Prepay cards in Romania have been used for other purposes, and the regulation of this segment is currently under way within a cross-institutional group, said Marius Bostan, minister for Communications and Information Society, during a digital event, according to Agerpres newswire.

Just a day earlier, on March 27, Romanian Prime-Minister Dacian Ciolos said that control over the sale of prepay cards is needed in Romania, since apparently these were used lately to prepare attacks in other parts of the European Union.

“They are complaining… you know the old discussion about the prepay cards. For instance, Romania is one of the few countries in the European Union that is still selling prepay cards without an identity control. I understand that prepay cards from Romania were used lately to prepare attacks elsewhere in the European Union, precisely because there is this flexibility in Romania,” said Ciolos on Pro TV channel.

He warned that the Romanian ministers of Justice and the Interior will bring to the attention of the government these elements for discussion. “We don’t want anyone to have the impression that we are doing anything in hiding, to put pressure on the public opinion,” said Ciolos.

According to Bostan, in more than half of the EU countries, the acquisition of prepay cards is regulated. “You go to buy a prepay card and you leave your ID data. This will not eliminate all the risks but will reduce the window of opportunity for crimes and terrorism,” said the minister, quoted by Agerpres newswire.

He said that in Belgium, the personal data of people who wish to buy a prepaid card is required.

“What I am trying to say is that in Belgium there is such a system. If you want to buy a prepay card from an important operator, you must leave your personal identification data. Because of that Big Brother package, people have become more confused and they have started to mingle things,” said Bostan.

According to the minister of Communications, there is a cross-institutional group that is working on this problem. “Personally, I would plead for a separation between the prepay cards issue within one single regulation and the Wi-Fi access issue as part of another regulation, because they are somewhat different. This issue is connected to various institutions- the Ministry of Justice, DIICOT, the General Prosecutor’s Office,”” said Bostan.