Premium policies: local insurance market tries to get back on track (1) 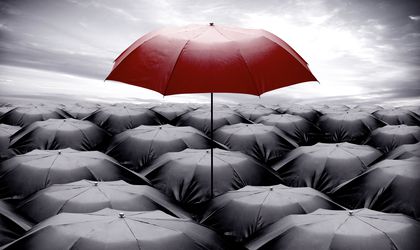 After a difficult year, the Romanian insurance sector is striving to recover and regain customers’ trust. Stability, sustainability and a focus on promoting the benefits of insurance policies to a customer base with only hazy awareness of the instruments are among the top goals on insurers’ agenda, industry representatives told BR.

The insurance sector in Romania is still younger than other European markets, which leads pundits to believe it has significant potential for growth.

However, that growth is still elusive. According to Financial Supervisory Authority (ASF) data, gross written premiums (GWP) reached RON 8.09 billion last year, down by 0.34 percent on 2013. The insurance market made up 1.21 percent of gross domestic product (GDP), a decrease from 1.29 percent in 2013.

“On top of these figures, it’s been a tough year, with major players in difficulty and a very competitive and problematic market on some segments, which has been reflected in the results. This is because customers unfortunately had a small range of insurers available to them that earned their trust,” says Anca Babaneata, CEO at Gothaer Asigurari Reasigurari. 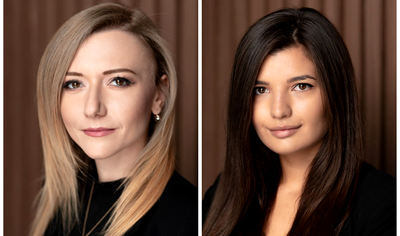 She adds: “It was a year when I think the whole market expected some changes that will probably be visible in 2015, when a lot of things need to be fixed and straightened out on the way to stability.”

In 2014 Gothaer posted an increase of about 26 percent to RON 84.31 million and overhauled its products and services.

However, other players think the market has turned the corner – even if this is only thanks to tariff hikes. “Having been on a decreasing trend for the last couple of years, the market is now growing, mostly thanks to a tariff increase for RCA, which is necessary to sustain this important mandatory [car] insurance. But overall, the number of risks insured is stable or slightly decreasing,” says Francois Coste, general manager of Groupama Asigurari.

In his opinion, greater customer awareness of insurance product quality is driving the market. “This has been and still is a strategic orientation for Groupama Asigurari, as well as one of our key differentiation points. At market level, we should focus on making insurance a priority for customers by introducing more clarity and simplicity into the way that we do business. Our performance in 2014 was in line with our objectives: last year was our first profitable year,” says Coste.

Recent discussion has focused on the need for stability, increasing public understanding of insurance and respecting quality standards to improve the industry’s image. “It would be good to see a real improvement across the market and not just talk about the quality of services in press releases, but to see this in customer feedback. In addition, stability should no longer be a goal but a given,” says Babaneata.

As Coste says, last year the market consolidated and adjusted to various legal changes and consumer behaviour. “We noticed an increase in attention to quality versus price rather than just price, which for us manifested in growth in some facultative insurance [e.n. a type of reinsurance] segments,” says Coste. He adds that insurers also focused more obviously on profitability and sustainability.

Pundits say that market dynamism is about more than GWP, so in this sense there are other more important segments. One such example is products for SMEs (liability and guarantee insurance).

“Times change and so do customers’ demands. The majority of company resources are invested in creating new products or solutions to keep up with market trends,” says Babaneata. To this end, her company recently launched a type of business insurance aimed at SMEs called “IMMens from Gothaer”.

“We also invested in promoting third party insurance, which is now available on our website, and insurance for attending auctions. Customers who participate in public acquisition procedures can rate the insurance for the guarantee of participation to the auction,” says Babaneata. “From our perspective, dynamism means investing constantly to keep up with the market and to be one step ahead of the demands of your target.”

Coste says that private health insurance has proved fairly dynamic, albeit from a low starting point and mostly for employees of large companies. “RCA remains the main line of business (39 percent of GWP), boosted by the tariff increases required to ensure its sustainability. Among the least dynamic lines of business is CASCO [e.n. optional car insurance], because the insurance policies bundled with financing contracted in the 2007-2008 boom are expiring and the volume linked to new car registrations is much lower despite making progress in 2014-2015,” says the Groupama representative.

Coste believes in the development potential of the Romanian insurance market. “The results registered in the first half of the year show an increasing trend, which is encouraging, but we have to keep in mind that the economic environment and its evolution have a significant impact on the overall performance of our market on the medium and long term. Normally an insurance market soars a year to a year and a half after GDP growth starts,” he says.

“Health insurance still holds significant growth potential, with or without legislative changes, especially for medium and large employers,” predicts Coste. He adds that Groupama entered this market a little over two years ago and the company is now one of the leading players with more than 40,000 policy holders.

“The farmers segment also has potential, and as leader of the agro market we are going to continue to develop in this direction by enriching our ‘Asigurarile dau roade’ fidelity program, the first one to be launched in this market,” notes the GM. He adds that the company will focus on delivering continuity to its customers and strive for simplification and transparency.

“Innovation is also becoming more of an attention point, as a way to deliver on these promises, and we will probably hear it more often in the Romanian market too,” says the Groupama head.

The insurance market is unpredictable enough to make forecasts difficult. “For certain we must all – insurers, brokers and authorities – do the best we can to steer the market back towards stability and profitable and sustainable growth,” says Babaneata of Gothaer. She adds that to achieve this every player on the market must work for change.

“We also know that customers play a major role. They understand more and more the role of protection through insurance both for them and their families and businesses, and choose their insurers wisely,” concludes the CEO.

The latest macroeconomic moves and GDP growth have helped the local life insurance industry. After three years of decline, the first three months of 2015 brought a turnaround. According to ASF statistics, the volume of GWP for life insurance increased by 7.6 percent in the first quarter of this year on the same period of 2014.

“With a total of RON 408 million in GWP, the life insurance market reached almost the same level as two years ago. This figures for 2014 were also influenced by strategy reviews by some companies in the industry, mergers and exits from the local scene,” says Marius Popescu, general manager at NN Asigurari de Viata. He adds that his firm also posted good results at the beginning of the year, while the volume of GWP for the first quarter of 2015 grew at market pace to RON 153.4 million.

Turning to trends, Popescu says that qualitative developments in the life insurance industry continued last year, despite the difficult climate. “Industry efforts were focused on redefining the range of solutions and benefits offered (especially in the area of insurance products offering financial protection) and on persuading consumers of the need for financial protection,” says Popescu.

He adds: “We’ve noticed that customers are more and more inclined to adopt technology, including in their relations with their insurer. This trend is influenced by the way things are developing in other markets and the greater need for transparency and access to information.”

According to ASF data, traditional life insurance has been the top category this year, making up 64.4 percent of total GWP. “In parallel there has been a slow recovery of interest in products with an investment component attached. They made up 31.3 percent of GWP at the end of Q1 2015, compared to 29.6 percent in the same period of last year,” says Popescu.

The same stats indicate that health insurance was a more dynamic segment. Despite its small weight in total GWP, it is growing rapidly, marking a gain of about 25 percent on Q1 2014. “In addition, positive macroeconomic developments felt by industries connected to the life insurance field saw the market grow on the back of sales of life insurance products in the bancassurance channel,” adds the representative of NN Asigurari de Viata.

Popescu says that 2015 has the potential to be a year of recovery for the life insurance industry, but its progress through to the end of this year will fall short of the real potential of the market. “The development of the market is a long process that is dependent on the economic climate and restricted by the still low awareness of the need for financial protection and long-term savings. I think that this major potential can be ‘unlocked’ in time and through incentives such as tax deductibility for life and health insurance written premiums,” he concludes.