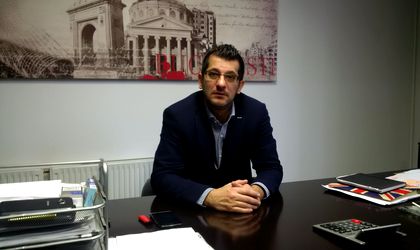 Premier Imobiliare, a real estate focused on the southern property market of Bucharest, announced the opening of a new office in the third district of the capital city, following an investment of EUR 15,000. This initial investment includes infrastructure, amenities, telecommunication and marketing costs.

The new branch, situated at 35 Theodor Pallady Boulevard, spans 120 sqm and creates 10 new jobs, bringing the Premer Imobiliare network to a number of six units in Bucharest and Popesti-Leordeni. With this expansion, Premier Imobiliare projects a 19 percent increase in sales for 2016.

“By launching the new branch, we want to develop portfolios in other areas of the capital city. The eastern part of Bucharest is growing, and we noticed this potential on the horizon,” said Giulio Angheloiu, general manager and founder of Premier Imobiliare.

At the moment, for the new development area, the company is working with more than 20 developers, its offer totaling about 1,500 housing units. The firm expects to double its portfolio in the first quarter of 2016 following negotiations with other investors.

The real estate network employs 85 in its 6 branches across Bucharest and Popesti-Leordeni and has a portfolio of 80 residential projects.