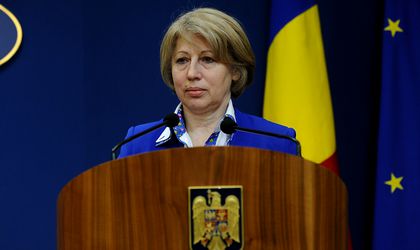 Romania ranks last in the European Union in terms of accessing European funds, with one of the payments for the POSDRU human resources regional program being interrupted recently due to irregularities registered between 2012-2014, according to Aura Raducu, Romanian minister for European funds, as cited by Mediafax.

Raducu also added that “these programs had great problems throughout their implementation between 2007 and 2015, both in elaborating guides, selecting projects, and implementing,” while speaking before the Senate during minister’s hour.

Moreover, she said that Romania takes the last place in the EU when it comes to the absorption rate of EU funds and that many projects encounter problems regarding construction or environmental notices. “This is the reason, I don’t know if I’ll succeed, but I would’ve wanted and I’ve had the chance to raise the absorption rate, to lift it up to almost a hundred percent. Actions that were taken by other member states and went over the 95 percent mark. I am aiming to reach at least the 80 percent mark,” she added.

The minister also said that the closing of the program will take place in March 2017, with an intermediary payment in June of this year and another payment in 2017, when an analysis on the theme of accessing EU funds will also be conducted, added Mediafax.