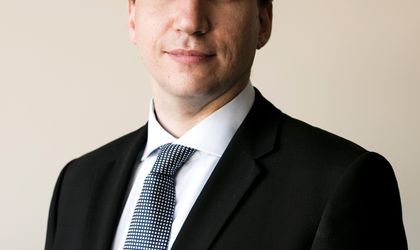 David Gedlicka, 35, is the new CEO of Porsche Finance Group (PFG) Romania starting this September, the company has announced. He is replacing Christoph Binder, who after more than one year in Romania, will take over as general manager of Porsche Bank Group in South America.

Previous to becoming the CEO of Porsche Finance Group Romania, Gedlicka was the CFO of PFG Hungary for two and a half years.

He is Slovenian and has studied economy at the Maribor Faculty. He joined the Porsche Bank financing Group in 2004. After 2007 he has held leadership positions within PFG Slovenia and PFG Hungary.

As of September this year, Gedlicka has moved to Bucharest and will be coordinating the activity of PFG Romania alongside Andreas Zoeller, who will continue his activity as the group’s CFO.