Pop up: bringing the international hits to Romania 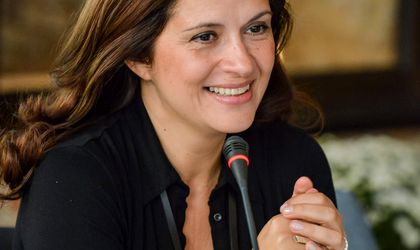 Since 2005, Laura Coroianu, managing partner of Emagic, one of the biggest event organizers in Romania, has brought some of the biggest names in global music – from Roger Waters, Madonna, Depeche Mode, Shakira, Lady Gaga and Sting to Metallica, Lenny Kravitz, Iron Maiden and Red Hot Chili Peppers – to the local stage. BR talked to her about what goes on behind the scenes.

Which foreign artist sold the most tickets in 2014?

In Bucharest, the artists with the best sales were Armin Van Buuren, 30 Seconds To Mars, Deep Purple and Peter Gabriel. If we look at the festivals around the country, the most popular were Electric Castle (Bontida, Cluj county), Summer Well (Stirbey Domain, Buftea) and Sunwaves (Mamaia, Constanta).

Did the events of the past year exceed your financial expectations? What was your turnover?

I do not think there were events that exceed our expectations. It was quite a balanced year in which almost all event organizers were cautious. The turnover will be published in the Official Gazette at the end of the fiscal year, but from our approximations, it will be over RON 3 million.

What does it cost to organize a concert featuring an international artist? Or to stage a music festival?

It depends on the artist and the festival. Besides the artists’ fees, which can reach seven digits, one of the main factors in the production costs is the location. If the festival or concert takes place in a venue designed for such events, the costs are considerably lower than if it is held in an empty space such as a city square, beach etc. where everything must be built from a scratch: the stage, backstage, stands, fencing etc. Then, we have to take into consideration the cost of promotion, insurance and taxes, which makes it difficult for us to create a pattern when it comes to costs. The budget may be tens of thousands or millions of Euros, depending on all the variables mentioned above.

How would you characterize the concert organization market in Romania? And the audience of such events?

In one word, challenging. It is an atypical market compared to what usually happens in Western countries. In the past few years, it has constantly grown, but we are still a little behind when it comes to the number of spectators. Some artists who would sell out a stadium concert in the West can barely fill a third of a stadium in Romania. But their fees remain the same, and they do not give any discounts depending on the number of spectators. Therefore we still need sponsorship to help keep ticket prices at affordable levels.

Audiences are increasingly open to events but rather picky. Also, very few fans budget in advance for show tickets. Most decide at the last minute, probably because of money: if they have the money for a ticket they purchase it, otherwise not. Such events are top of the list when it comes to cutting costs for Romanians.

How do negotiations for a concert by an international artist play out?

First and foremost the availability of the artist is checked, then we make an offer, and then we start to negotiate, but it differs from case to case. Sometimes discussions are completed in a few weeks and sometimes within a few months.

How do you pick the locations for the concerts?

There are few venues for concerts so it’s not very hard to choose. The challenge comes from finding less conventional spaces that can accommodate musical events. The selection criteria are quite simple: the number of spectators expected, the specific requirements of the event or the artist’s demands and, of course, the costs.

How do you determine the price of tickets?

Ticket prices vary depending on the costs, meaning fees and production budget. Usually, the sponsorship packages are a critical counterweight for us to keep prices affordable.

What concerts does Emagic have in store for 2015?

The first two bands confirmed for 2015 are Roxette, with a concert on May 17 at Arenele Romane (Bucharest) and One Republic, on June 4, at the same venue. We are still negotiating with other artists. Also, the exhibition project History Hackers will continue with new openings and new themes.