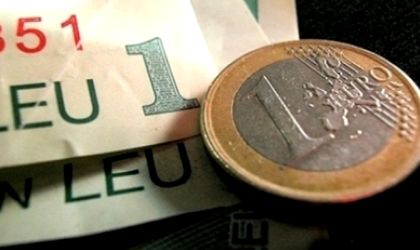 Recent political events such as the indictment of prime minister Victor Ponta, who was accused of corruption and faces trial, have limited impact on the national currency,  according to economists from the ING Bank Romania quoted by Mediafax. The exchange rate approached the lower range of the National Bank of Romania’s (BNR) stability margin of 4.3800 to 4.5200 RON per EUR.

ING believes that the RON has the potential to strengthen Friday following the US Federal Reserve’s decision to maintain the monetary policy rate, but the trend of national currency strengthening is limited.

The national currency depreciated marginally on Thursday after prosecutors indicted Ponta, ending at 4.4240 RON per EUR. Following the initial announcement, the rate rose to a peak of the day, 4.4285 RON per EUR.

“We continue to expect relative stability (or, at most, a limited period of political noise) while the broad consensus on the recent Tax Code and the prospect of negotiations with the IMF for a new agreement limits major risks. Thus, we believe that political events have a somewhat reduced impact on local markets. For today we see potential for appreciation after the Federal Reserve (Fed) kept rates unchanged, and the markets have interpreted the messages as favourable for a loose monetary policy. In addition, the probability of an increase in interest year, as reflected by futures quotations and being supported by monetary policy interest rate, fell below 50 percent. However, the potential strengthening of the RON is limited as the pair EUR / RON is relatively close to the low-end stability margin of BNR (from 4.3800 to 4.5200 RON per EUR). ING further believes that October remains a contender to an increase in interest from the Fed,” a bank statement said. 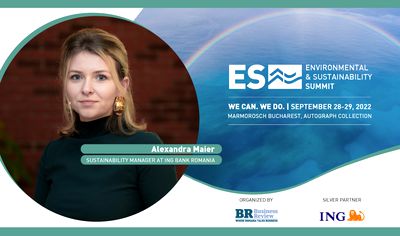 Prime minister Victor Ponta was indicted Thursday by prosecutors of the National Anticorruption Directorate (DNA) for 17 offenses of forgery of private documents, complicity in tax evasion and money laundering. Ponta claims to be not guilty, and a victim of an “unprofessional prosecutor trying to assert himself in his career by inventing and imagining untrue deeds and situations from 10 years ago,” as he stated in a Facebook post. The official is the only prime minister to be tried while still holding function, as he refuses to renounce office.

The Fed maintained the US interest rate near zero and reduced its estimate of the long-term, a sign that the US economy is less able than previously considered to bear the tightening of monetary policy. The Fed has kept interest rates at 0 -0.25 percent, with a vote of 9 to 1, and the rate is expected to reach 0.4 percent by the end of this year, which means that the Fed should decide on the increase during scheduled meetings in October or December.

Fed’s decision did not have a significant impact on the Bucharest Stock Exchange, which has grown 0.5 percent in about an hour and a half from market opening. The value of share transactions stood at RON 3.8 million (EUR 862,000) at 11:15 on Friday.