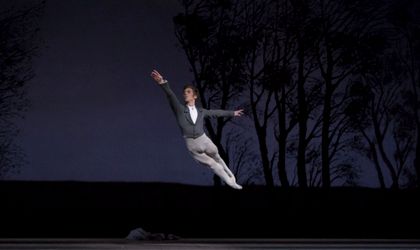 Polish ballet dancer Dawid Trzensimiech from Royal Opera House Covent Garden joins the National Opera Ballet in Bucharest, and he can be seen for the first time in the contemporary dance show “Tango. Radio and Juliet” which will take place on March 19, from 19.00.