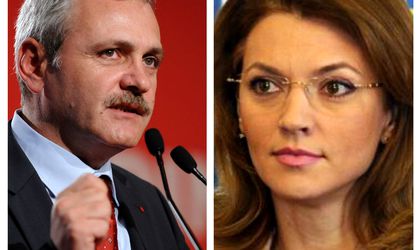 The Romanian Chamber of Deputies approved sending the “defamation” draft bill back to the committee on Wednesday after voting against it last week. This prompted Alina Gorghiu, co-president of the Romanian National Liberal Party (PNL) to announce that PNL will challenge the voting procedure at the Romanian Constitutional Court (CCR), according to Mediafax.

The liberals will contest at CCR the voting procedure in the case of eight laws, among them the “defamation” draft bill, which were voted on again on Wednesday in the Chamber of Deputies. “It is clear that it is for the first time, in Parliament, when a law that was rejected or a set of laws that were rejected by the Chamber of Deputies were put up for vote again a week later,” stated Gorghiu, as cited by Mediafax.

After the initial vote against the bill, Liviu Dragnea, leader of the Romanian Social Democratic Party (PSD) and initiator of the law, attributed the final decision to problems with the electronic voting system.

The “defamation” draft bill also saw a reaction from Hans Klemm, US ambassador to Bucharest, who called the protection of free speech a foundational aspect of a healthy democracy and said that the US opposes “laws that prohibit offensive speech at the expense of freedom of expression.”