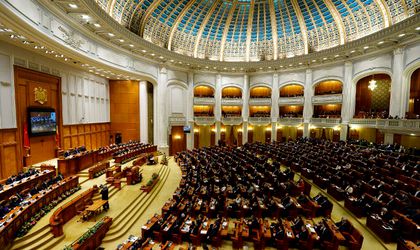 Deputy Eugen Nicolaescu read a censure motion in a plenary sitting of the Senate and Chamber of Deputies, asking for the coalition parties to withdraw their support of prime minister Victor Ponta, announced Agerpres.

After Ponta’s indictment the National Liberal Party (PNL) states that Romania’s image is compromised and that the heads of the ruling coalition parties, Gabriel Oprea of the National Union for Romania’s Progress (UNPR) and Liviu Dragnea of the Social Democrat Party (PSD) are accomplices if they keep backing the PM.

The motion will be debated and voted on in Parliament next Tuesday.

Asked about the situation, President Klaus Iohannis said he cannot be involved in the process, but that a positive vote would be “a good outcome”.

“I’m looking forward for those who have in their power to change this unhappy situation for Romania, to do it. This is what I meant when I said that should the censure motion passes it would be a good thing. I don’t mean to stress that I publicly support a PNL [National Liberal Party] motion, but such a motion will solve a great problem of Romania, the fact that it has an indicted prime minister. We are unique in a negative way with such a premier,” Iohannis stated.