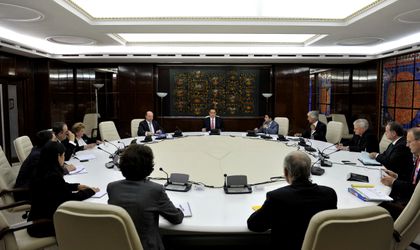 The negotiations for a new precautionary loan with the IMF, the European Commission and the World Bank, containing targets on macroeconomic stability and structural reforms, have been concluded, announced PM Ponta on Monday.

The PM said the final communication procedures with the international financial institutions will be carried out today and the presentation of the new agreement will be made on Wednesday.

Andrea Schaechter, head of the IMF mission in Romania, said the government aims to maintain the macroeconomic stability and pursue structural reforms in the healthcare, energy and transport sectors in the new loan deal.

The international lenders have also approved Romania’s budget revision, which will see more funds funneled towards investments in healthcare and education.

Liviu Voinea, the delegate minister for budget, said the budget revenues have been reduced by RON 1.9 billion (EUR 432 million) and the expenditure went down by RON 700 million (EUR 159 million), as part of the budget revision.

Romania registered a first half budget deficit of 1.06 percent of GDP, according to the Ministry of Finance.