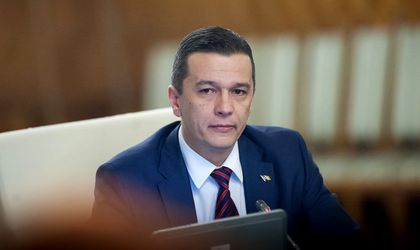 With the International Monetary Fund (FMI) improving the growth estimations for the Romanian economy this year, PM Sorin Grindeanu still thinks the economy will expand by 5.2 percent in 2017.

“The estimated unemployment rate dropped from 6.2 percent to 5.4 percent. And the estimated economy growth is from 3.8 percent to 4.2 percent. I still think, including after the discussions with the Finance Ministry and the Forecast Commission, that the Romanian economy will grow by 5.2 percent this year,” said Grindeanu on Facebook.

According to him, the Government is committed to support the Romanian business environment.

„The Government is committed to support the Romanian business environment and we’ll take all the measures in this respect. Also the economic growth has to be reflected in the Romanians’ income,” added Grindeanu.

FMI revised upward the growth estimate for the Romanian econoym from 3.8 percent to 4.2 percent this year.

Also the institution revised slightly in increase the estimation regarding the growth rhythm of the Romanian economy in 2018 up to 3.4 percent compared with the increase by 3.3 percent forecasted in the autumn of 2016.