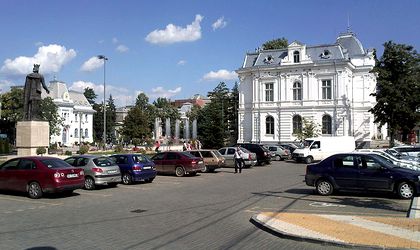 The Romanian city Pitesti is among twelve European cities from 11 countries competing for the chance of being the European Green Capital in 2016. According to the municipality’s website, “Pitesti benefits from large green areas, natural parks, performance sport, culture and art, downtown, which is combined with modern educational institutions, research and industrial tradition, giving to Pitesti an emblem of contemporary modernity and diversity.”

Pitesti will compete with 11 other cities for the title, which based on entrants’ environmentally friendly urban management. The eventual 2016 winner will be announced in June 2014 in Copenhagen, Denmark, the 2014 European Green Capital.

The panel will also assess the quality of the acoustic environment, waste production and management, eco-innovation and sustainable employment, energy performance and nature and biodiversity.

Further, the jury will also evaluate the 12 cities’ ability to communicate with citizens and capacity to act as a role model and promote best practices in other cities.

Next year, the short listed cities will be invited to present their proposals to an international jury, which will evaluate their commitment to ongoing environmental improvement, as well as their future goals. Until now, five cities have been awarded the title of European Green Capital since the initiative began in 2010. Stockholm, Sweden won the inaugural title, Hamburg, Germany in 2011 and Vitoria-Gasteiz, Spain, in 2012. Currently, the holder is Nantes in France. Bristol in the UK has earned the title for 2015.