Romania has enforced an EU Directive that will lower the payment terms for drug producers to 60 days, as part of a wider program that will see the Ministry of Health start repaying debts of over EUR 1 billion that have accumulated in the past three years.

“Under the Framework Agreement in the healthcare sector for 2013-2014 approved through Government Decision no. 117/2013 (which entered into force on 1 April), the payment term to medicine providers is 60 calendar days as of the date the healthcare insurance houses check the medical prescriptions and approve the invoices,” Lacatus told BR.

Dan Zaharescu, executive director of ARPIM (the Romanian Association of International Pharmaceutical Producers), said the bills issued after the enforcement of the Directive will follow the terms in the Framework Agreement.

Lacatus added that the Ministry of Health aims to gradually implement the Directive and Law no.72/2013 so that the payment is made within 60 calendar days plus 30 calendar days for the verification period, effective from July 1. The authorities pledged to combat delays in payments under protocols signed with associations in the healthcare sector. 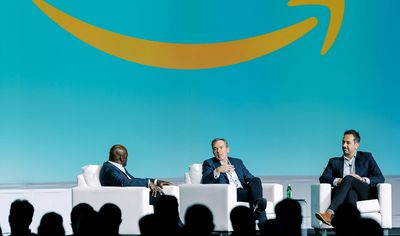 “Up to the implementation of the Directive, Romania’s payment terms were unique in Europe, as most EU members paid their bills to drug producers in a maximum of 60 days from the issuance of the invoices,” Zaharescu told BR.

ARPIM and the Health Ministry have agreed on a schedule for the progressive decrease of debt. Two thirds of the invoices issued prior to the enforcement of the Directive will be paid by year end, and the rest in 2014.

The authorities owe EUR 1.4 billion to ARPIM members, which have acted as creditors to the system in the past three years, financing over 65 percent of this debt, according to Zaharescu.

The Ministry of Health also signed a protocol with producers of generics (drugs with expired patents), who should receive EUR 230 million in outstanding debt.

Pharma sector remains in the black in Q1

The local pharmaceuticals market grew by 4.3 percent to EUR 697 million in the first quarter against the same period of last year, but lost 2.5 percent against the previous quarter, according to Cegedim, a data provider for the pharmaceuticals industry.

Petru Craciun, general director of Cegedim Romania, said, “Against the backdrop of prolonged payment terms, the overall financing issue is essential, and at a company level (from the small level, pharmacies to the big level, producers) survival is a strategy of interest.” He added that the task of authorities to seek both short- and medium-term solutions “doesn’t look feasible” given the current financing level in a multiannual perspective.

For this year, Cegedim estimates a 1.4 percent growth in the pharma market expressed in the local currency, given the reduced availability of medical services for patients and the negative impact of the claw back tax, according to Zaharescu of ARPIM.

The APMGR (the Association of Generic Pharmaceuticals Producers in Romania) warned that the National Healthcare Insurance House (CNAS) “uses erroneous data” regarding the consumption of pharmaceuticals that leads to an artificial increase in the claw back.

“Although the consumption of prescription-based medicines fell in the first quarter by 5 percent compared to the previous one, the CNAS announced a 20 percent increase of the ‘p’ percentage, which is used to calculate the claw back,” said the APMGR in a statement.

The association said the difference between company reports and CNAS data arises from the weak institutional capacity of the CNAS to collect data correctly and the mismatch of data with the long payment terms.