Paula Seling and Ovi made it to the Eurovision finals 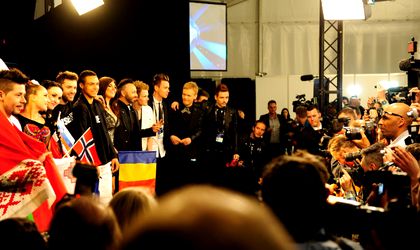 After their performance Tursday night, Paula Seling and Ovi advanced to the final stage of Eurovision, which means they will perform their single “Miracle” again on Saturday. Apart from Romania, Austria, Switzerland, Slovenia, Poland, Norway, Greece, Malta, Belarus and Finland emerged as finalists in the second semifinal.

The organisers of the 2014 Eurovision Song Contest, DR and the EBU, have revealed the running order for the Grand Final on Saturday. The running order was determined by the producers of show (DR) and approved by the EBU Executive Supervisor, Jon Ola Sand and by the Chairman of the Reference Group, Dr. Frank-Dieter Freiling.

The Eurovision finale will be broadcast in Romania on Saturday, May 10, 10 pm on TVR.