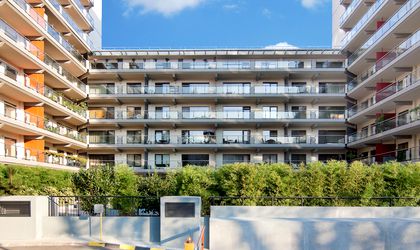 A bill that would enable the discharge of mortgage-backed debts through transfer of the property to the creditor is presently being reexamined by the Romanian Parliament. Should the bill pass in its current form, both the banking and residential markets will undergo severe transformations, warn the banks.

The ‘passing to pay law’ should not be limited only for mortgage-loans of up to EUR 150,000 or to debtors who pay more than 65 percent of their monthly revenue of their bank installments, decided the Parliament’s Budget and Finance Commission on February 16th. One day later, the Economical and Legal Commissions voted against another amendment to the bill brought forward by the central bank and the banks’ representatives which wanted the state-guaranteed Prima Casa loans to be exempt from the bill. These were the latest developments in the case of a bill that got local banks edgy ever since the beginning of the year.

What makes the bill so controversial among bankers is that, should it be passed into law, it would give debtors the upper hand by enabling them to discharge their mortgage-backed debts by transferring the property to the bank. This would be a considerable game-changer given that, under the current legislation a home owner is expected to pay back their mortgage-loan under almost any circumstances.

“We drafted this bill as a means to have banks and their clients split the risk. It is a bill meant to protect consumers from abuse committed by banks,” said liberal MP Daniel Zamfir, who is behind the bill. The bill has already passed the Parliament once but after President Klaus Iohannis refused to sign in into law and sent it back for re-examination in December, MPs are once again debating it. The law itself is “welcome”, but instead of helping out those with mortgage-loans, it risks creating new difficulties and could even be impossible to implement in its initial form, the president motivated his decision.

The banks have been adamantly against the bill from the very beginning. “Had the law been passed in its initial form (…) it would have had extremely negative consequences. It would have led to banks becoming real estate managers because it would have forced them to accept, at any time and from anyone, a ‘passing to pay’ request, regardless of the reasons behind it. We would have had a situation where any individual who made a bad investment could come back to the bank sooner or later to give back the property, who guaranteed for their loan for the simple reason that they didn’t get the profit they wanted,” Bogdan Preda, public relations director of the Council of Banking Employers in Romania (CPBR) told BR.

Since the bill was sent back to Parliament, it was changed to pertain only to private consumers and not real estate developers, but there is still a lot left that remains ambiguous, says Preda. The bill still makes no difference between those who can’t and those who no longer want to pay back their mortgage loans and it sets no loan limit. “If the will is, for whatever reason to go forward with this law, the main changes that it needs to undergo have to do with determining clear situations when a debtor can no longer pay back the installments for the house they live in. And here, one should have an average as reference and not situations when someone who paid EUR 1 million for a villa or two and now realizes that they can no longer pay back decide to get rid of a loan in order to take out another one,” went on the banks’ representative.

Moreover, it is yet unclear whether those who have taken loans before the law will come into force will be able to benefit from it and what will be the future of the Prima Casa program, say other market representatives.

How the banks would have it

About half of all the mortgage loans taken out since 2009 are Prima Casa loans. With a down-payment of only five percent, the government-backed lending program sustained the residential market not only through the immediate crisis follow-up but also in the last couple of years when the residential market started showing the first signs of recovery. Now the program is under threat as the 50 percent guarantee backed by the state will no longer apply if the passing to pay bill comes into force.

Not only this, but lending conditions will overall become much harsher, warn the banks. In order to protect themselves from the higher risk, banks will have to increase down payments for mortgage loans from a present level of about 15 percent to about 30 percent for RON-denominated loans and even higher for euro loans, said industry representatives. And indeed, two banks have already done that.  Raiffeisen Bank was the first to make the move and has increased the down payment for standard RON-denominated mortgage loans to 35 percent and 40 percent for the euro-denominated ones, until the legal situation will be clarified, said bank representatives. Bancpost announced a similar increase to 33 percent for mortgage loans in the national currency and 43 percent in euros.

Should banks be forced to more than double the down payment requirements, the number of those who will still qualify for a mortgage loan will drop significantly, they warn. According to data from BCR, the largest Romanian lender, only one of ten clients has the means to pay a down payment of over 30 percent of the value of the property they are looking to buy. This means that the number of eligible clients for a mortgage loan will drop by 60 percent over the next five years, from 270,000 to only 110,000. Moreover, the average age of those buying a property through a mortgage loan will increase from 34 percent at present to 42, according to the same source. All this will mean that the volume of mortgage loans to be given over the next five years will also drop from a projected RON 50 billion to RON 15 billion, according to the BCR estimates.

So what are the solutions that banks are envisaging for the market, should the bill eventually pass? They will have to make up or come out with a new product that would be very similar to the leasing one, said Rasvan Radu, country chairman UniCredit Romania and UniCredit Bank CEO. Others, including representatives of the central bank, are suggesting that the solution will be to enable home buyers to choose, thus making the law optional. They should knowingly opt for either a mortgage loan that offers the ‘passing to pay’ option but comes with a higher down payment and interest rate or a regular mortgage loan that has a lower down payment and interest rate. However, in this latter scenario homebuyers will not be able to discharge the mortgage-backed debts through transfer of property to the bank should they no longer be able to pay back their installments.

As for the effects the law could have on the real estate market, opinions are mixed. Overall, industry representatives say it is too early to talk about that until the law’s final form is known.  Some estimate the market will eventually adapt, as the demand for housing is overall high. Others paint a more circumspect picture, arguing that the law will disrupt the industry at a time when the market was finally starting to resume growth. It sends the wrong message to investors who generally expect predictability and could also negatively impact the quality of new residential projects as developers will be under pressure to deliver cheaper housing, said Andreea Comsa, managing director of Premier Estate Management in a recent event organized by Imobiliare.ro. “The law needs to reach a compromise. Even if this is an elections’ year, we should not lose reason,” she said.

One thing is for sure, judging from the latest developments, the bill will have to eventually be passed into law. Whether a compromise will be reached remains to be seen over the following weeks.