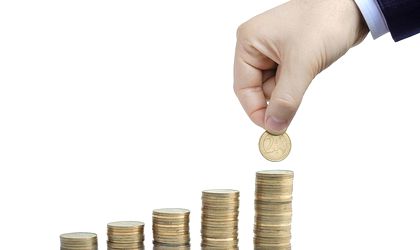 The Chamber of Deputies has passed the emergency ordinance increasing budgetary salaries by 10 percent with 319 votes for, one against and 7 abstaining, Mediafax informs. The ordinance initially stipulated a 25 percent increase in gross salaries for medical staff starting October 2015 and had already passed the Senate.

An amendment by the Social Democrat Party (PSD) added a 10 percent increase to salaries across the budgetary sector and has passed the specialized committees in the Chamber of Deputies today. The measure increasing the health salaries by 25 percent was already in force with its publication in the Official Gazette of the Ordinance in August.

The amendment concerns all budgetary sectors that have not benefited from a salary increase this year, meaning administration, culture, justice, public order and national security, scientific research and technological development and design units, diplomacy and state health insurance staff.

The National Liberal Party (PNL) initially opposed the amendment, but switched to a positive vote, stating that they are waiting for a subsequent impact assessment to show the measure’s applicability.

“This study can, of course, be done by the new government,” PNL co-president Alina Gorghiu said.

According to labor minister Rovana Plumb, the fiscal effort following this measure would be of RON 1.5 billion.

The law is to remain in parliament to possibly be challenged in the Constitutional Court – though no group has announced its intention to do so – and will then arrive at Cotroceni Palace for promulgation. The amendment comes into effect starting December 1 only after the promulgation of the enactment by President Iohannis.