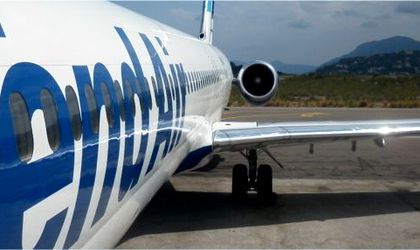 Ten Airways airline, owned by businessman Ovidiu Tender, went insolvent, the Bucharest Court having decided on Tuesday, according to Mediafax.

Tender requested the company’s insolvency in late February, the first term set by the court in this case being March 5.

Tender’s airline began its activity in 2010, operating in charter and wet lease system, which means lending out the aircraft with its staff and services in order to operate on behalf of another company.