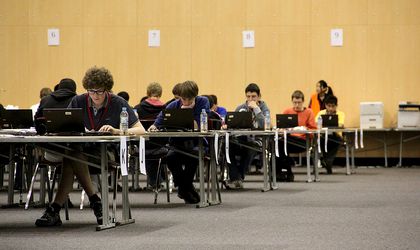 The Romanian computer science team succeeded another exceptional performance, bringing home two gold medals, one silver and one bronze medal scooped at the International Olympiad in Informatics that was held the in Brisbane, Australia between July 6-12.

Competing in the Olympic contest this year were 304 students from 81 countries. The subjects can be seen here.