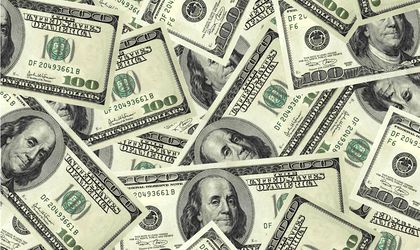 The OTP Dollar Bond will focus on fixed income instruments, such as T-bills, government, municipal bonds mainly issued by EU members in the CEE including Hungary and Poland. It will also be directed towards bank deposits and other money market instruments.

The minimum amount of the investment in the new fund stands at USD 50 and there are no subscription and redemption fees.

“We will invest mainly in USD denominated bonds issued by Romania,” said Dan Popovici, CEO of OTP Asset Management. He says the country has been able to raise over USD 6 billion from four bond issues in the past two years.

Popovici expects the new fund will attract “several million” dollars in the first year of activity, as more investors seek to diversify their investments on the backdrop of falling interest rates on bank deposits.

The CEO commented the dollar is set to strengthen this year due to growth in America.  According to bloomberg.com, consumer spending helped the US economy expand by 3.2 percent in the fourth quarter. This followed a 4.1 percent gain in the prior three months.

He added the Federal Reserve’s decision to gradually reduce its bond buying program will see the National Bank of Romania keep the key interest rate at 3.75 percent.

The board of the central bank is due to discuss any reduction of the key interest rate during a meeting on monetary policy scheduled for tomorrow.