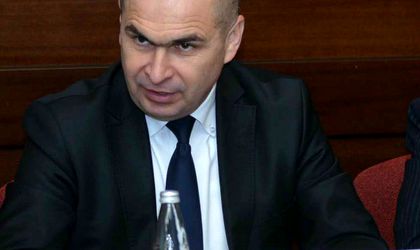 Following an auction, STC and Elsaco won a construction contract of a cogeneration thermal energy group in Oradea, to supply inhabitants with heat.

The project will be financed through the Sectoral Operational Programme for Environment (POS) and the total investment will amount to EUR 53 million, according to Oradea’s mayor Ilie Bolojan (photo). As Bolojan stated in a press conference, the new energy group will have a 42 MW power capacity and the thermal efficiency will go up from 47-57 percent to 87 percent. Bolojan added that other EUR 50 million, also coming from POS Environment funds will be used for the rehabilitation of the town’s heating pipes. 95 percent of the total amount is representing the grant and 5 percent Oradea’s Town Hall contribution. 50 percent of the grant is represented by European funds and 45 percent is money coming from BERD.

The new group will become functional by the end of this year.

According to Bolojan, the new project will draw a 10 percent decrease of the thermal energy price. “Yet we will not operate this decrease as we are undergoing other rehabilitations,” said Ilie Bolojan, adding that the current price of 235 RON per Gcal will be maintained. The Town Hall also plans to rehabilitate 500 km of secondary pipes and 30 km of main pipes.

At the moment, the losses registered in the district heating supply network are approximately 26 percent, much higher than the normal 7 percent rate.

The new energy group of Oradea’s power plant will be equipped with a gas turbine supplied by GE Distributed Power.

Through GE’sLM6000-PF SPRINT Gas Turbine project, the power plant will reduce emissions by half for the city’s 141.000 inhabitants.