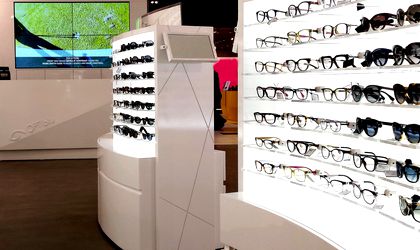 Optical Network, the company operating the OPTIblu network, has registered a 36 percent increase in turnover in 2015 y-o-y, to RON 38 million (EUR 8.5 million), company’s financial results show. Results were pushed forward by both retail (up 33 percent) and distribution (up 43 percent) segments.

The company invested in its human capital and the expansion of data management platforms and computerization of the sales force, in marketing and communication programs, and in opening new stores and upgrading existing ones. The latest unit open was in December 2015, in Craiova’s Electroputere Mall.

“Plans for 2016 include investments of over RON 10 million in the expansion of the retail division by opening new stores and upgrading some of the existing ones. We plan to provide new programs of training of medical staff, through which we will offer employees access to training courses in the country and abroad on modern techniques of diagnosis and treatment,” stated Raluca Cimpianu, executive director of Optical Network.

The company will also direct budgets to developing its sales management software, its logistics capacities and online sales.

“The main objective of the company for 2016 will be to continue with accelerated growth. We aim to reach a total volume sales of RON 50 million, meaning a continued business growth rate of over 30 percent compared to the previous year,” added Raluca Cimpianu.

Optical Network is active since 2004 and operates a retail network of 30 stores across Romania and a distribution division.