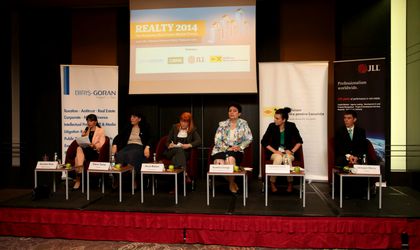 A clear shift in attitude has taken place on the real estate market in 2014 compared to five years ago, agreed participants in the 13th edition of BR’s Realty event, held last week. The growth of the office segment heralds the beginning of a new real estate cycle, albeit on a different scale and involving different premises this time around, said players.

“A new real estate cycle truly begins not when developers start or resume projects they’ve had in their portfolios for years. When there is real new demand, when developers and investors are looking for new assets to develop, that’s when we can really talk about a new real estate cycle,” said Attila Peli, head of development and land at JLL. This began to happen in the middle of last year, he added.

“The resetting of the local economy and that of the local real estate sector started to take place in the second half of last year,” agreed Laura Bencze, head of research at CBRE.

And like the last time around, it is the office segment, with its lower associated risk, that kickstarted the new cycle. Lower costs have attracted new companies, especially BPOs and SSCs, to come and invest locally over recent years. Romania now finds itself on the same list of potential new investors as Poland and the Czech Republic.

“There are a lot of foreign companies coming to Romania or watching the local market very closely because they think that Poland has become slightly too expensive from the perspective of labor and real estate costs,” explained Bencze.

The international context is definitely favorable to Romania, added Peli. Recent events in the region are creating a “new border effect” which will further push Western companies to invest in Romania, to which he adds the “feeling of Poland overheating”.

Peli, who thinks that the new cycle will peak in three or four years, says that so far demand for land has come from office developments alone due to the lower risks, but the other real estate sectors will see their turn come too over the next couple of years.

“We will see a peak around 2017, 2018, which means the right time to start new developments is about now. What we have learned from the previous real estate cycle is that players who started a development in 2003-2005 also had time to make an exit. The ideal scenario is to be among the pioneers,” he said, adding that there are several developers, some with experience on the local market as well as newcomers, who have understood this.

Bucharest continues to take the lion’s share of new companies entering the market and new office developments, but things are moving in the rest of the country as well. Cluj-Napoca will see its stock of modern office space grow by half again this year and the next, said Bencze. Western Romania is also attractive for industrial developments, especially in the field of automotive production, which is set to grow even further, she added. Last year CBRE brokered industrial space for production facilities totaling some 20,000 sqm, out of which only a small share was in Bucharest.

Romania may be scoring points against other regional countries such as the Czech Republic and Poland when it comes to workforce costs, but it definitely gets a poorer ranking in terms of legal and fiscal predictability, argued participants.

The most recent example is the 1.5 percent construction tax which came into force this year and which applies to buildings that were previously tax-exempt, said Nicoleta Radu, business intelligence consultant at Zanti Exclusive, and the event moderator.

With the government making little progress in improving overall tax collection despite tax levels in other areas already surpassing EU averages, it was only to be expected that it would hike taxes elsewhere, such as in the real estate sector, commented Alexandra Smedoiu, senior manager in tax consultancy at PwC Romania, adding that profits and revenues could also be taxed more in the future.

“This tax is causing quite a few problems for a number of people in the market,” said Victor Constantinescu, partner at Biris Goran. One example is the industrial sector. There are industrial parks that had tax-free status for a number of years and where local councils have been working for years to get investors to come to disadvantaged areas by giving them tax incentives, only to have the central authorities introduce this new tax, he outlined, stressing that it was a clear example of a poorly thought-through measure.

“It hasn’t scared people away but it shakes their confidence,” he added.

Hopes of a residential revival

“The market has gone forward in terms of demand but banks aren’t catching up,” said Anca Bidian, general manager at Kiwi Finance, summing up the general feeling. In order to reduce risks, banks have tightened procedures to the point where bureaucracy has become the main issue the sector is struggling with at present. “The banking system is running pretty much like the Ministry of Finance in this regard,” she commented. “A worrying share of credit requests are denied for bureaucratic reasons alone.”

There is liquidity in the market, and the growing demand and clear signs that even the residential market is entering a new growth phase will push banks to further loosen credit for end users, added Bidian, but the same cannot be said about securing financing for residential developments, complained other participants. “It is too early to talk about the residential market (…). There are two entities dictating this. On one hand there are the banks who cannot be convinced overnight to start financing the residential sector, and on the other hand there are the developers who so far don’t want to hear about residential projects,” said Peli, predicting that the situation could change next year.

A sign that the market is maturing and heading towards an upturn would be the diversification of financing methods beyond the Prima Casa state-backed loan scheme, set up to help first-time buyers get on the property ladder.

At present, home acquisitions or constructions financed through the savings-lending system (known as Bauspar) have a penetration rate of only 2 percent in Romania compared to about 66 percent in Austria, 42 percent in the Czech Republic, 25 percent in Slovakia and 13 percent in Hungary, said Aurelia Cionga, president of Raiffeisen Banca pentru Locuinte (RBL). Given the improving macroeconomic context and lower risks such loan schemes carry, she is confident, however, that about 10 percent of Romanians will opt for this financing method in the future. One sign that local buyers are starting to trust in the system is that RBL increased the number of savings-lending contracts both last year compared to the previous one and in early 2014 y-o-y, added Cionga.

In the meantime, the price of apartments continued to drop last year. Sale prices for apartments in Bucharest were 5.6 percent lower in March this year compared to the same month in 2013, said Georgian Marcu, president of the Romanian real estate agencies association, APAIR.

The Gara de Nord railway station in Bucharest could be transformed over the next decade into a regional intermodal railway hub and a modern and dynamic urban development, should the urban revamp project presented during the event by Alexandra Coltos, urban planner from the Ion Mincu Center of Excellence in Planning, become reality.

The project is currently in its study phase but its initiators are hoping it will be turned into a public-private partnership in the not so distant future. The result would be the transformation of the shabby Gara de Nord historic building into a modern shopping mall with all railway activities transferred underground. This would free up major space in one of Bucharest’s key areas to be used for real estate developments, said the team behind the project.

The investment required for this transformation would be around EUR 3 billion, most of which would come from public funds and EU money, but also from private sources. Should the project be implemented, it would become the largest and most complex urban transformation project Bucharest has seen over the past few decades.

This is not the only urban transformation scheme the Ion Mincu Center of Excellence in Planning is working on at present. The second is the transformation of Magurele, a town close to the capital, into Bucharest’s own “Laser Valley” and an international physics hub. A high-power laser is currently being built there, the ELI-NP (Extreme Light Infrastructure-Nuclear Physics) project, which will see the construction of the most powerful laser beams and most advanced gamma beams in the world. 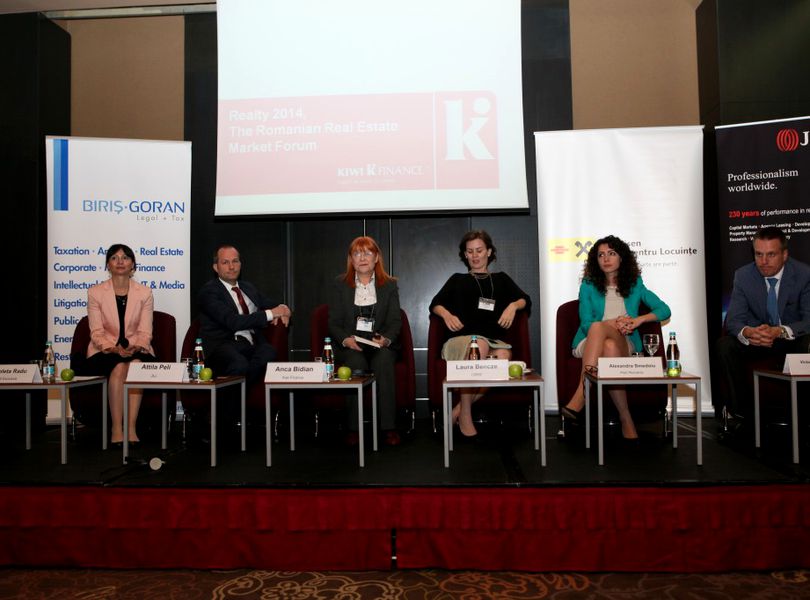 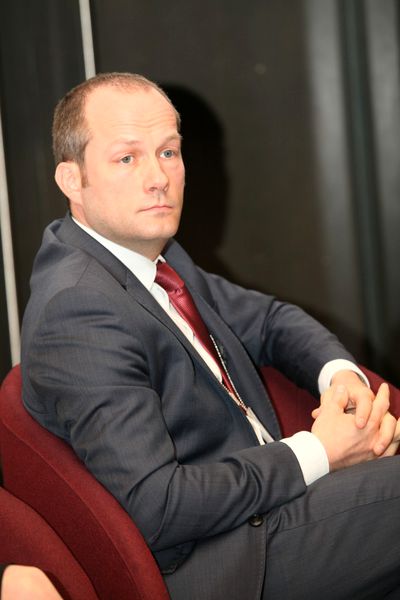 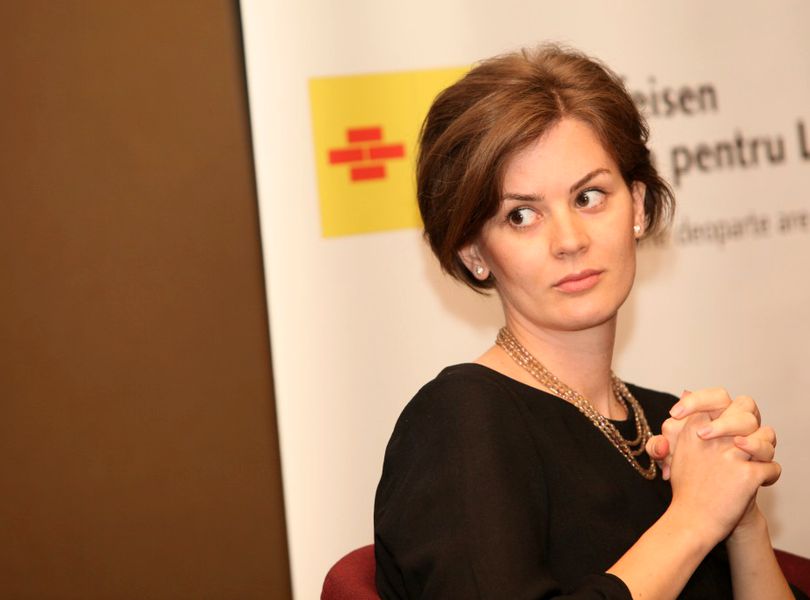 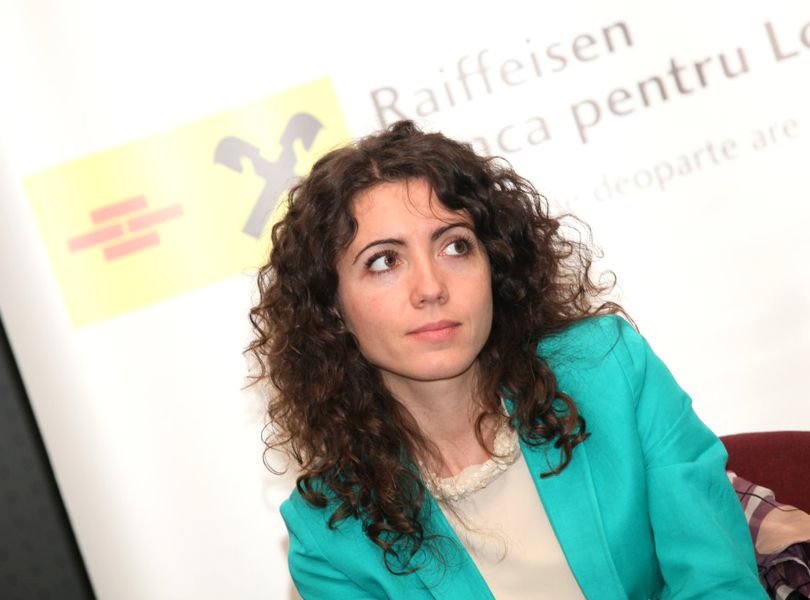 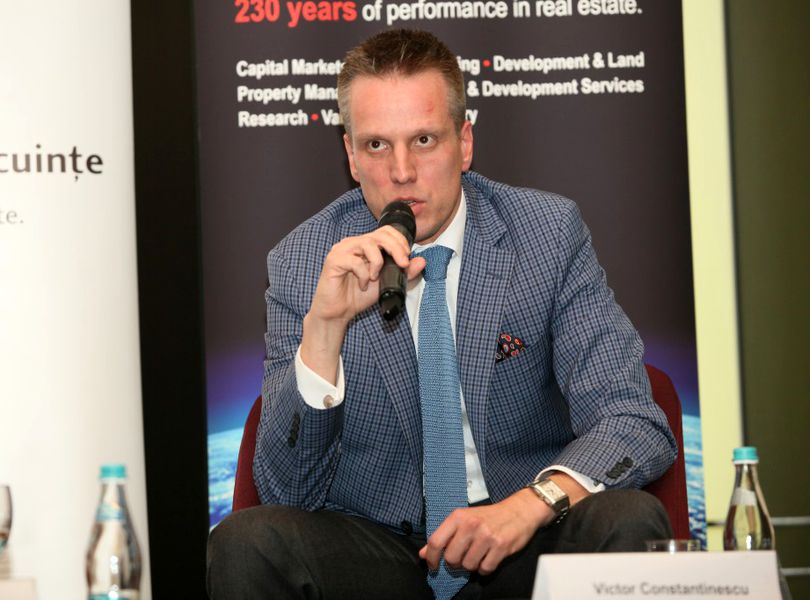 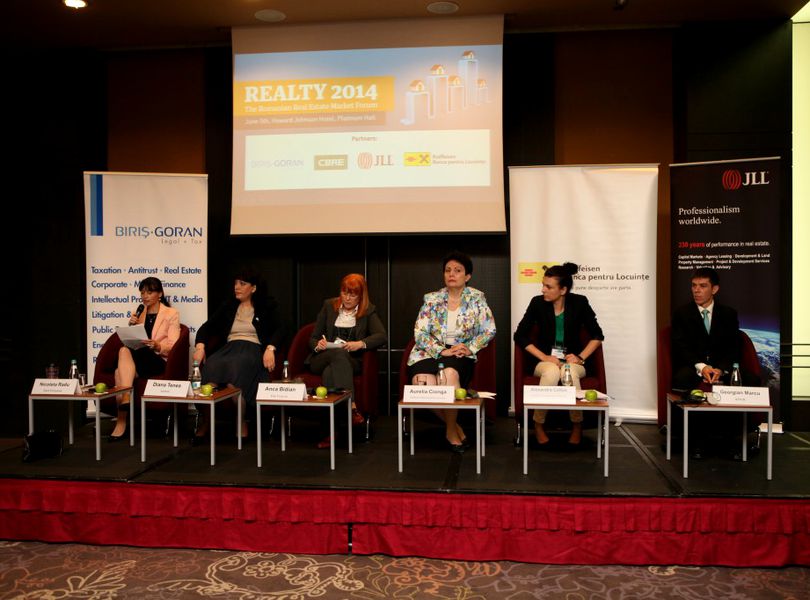 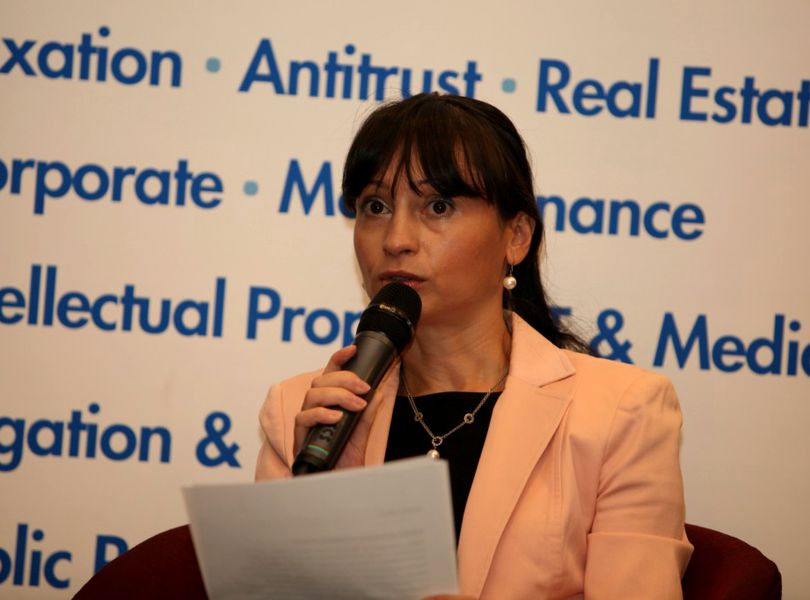 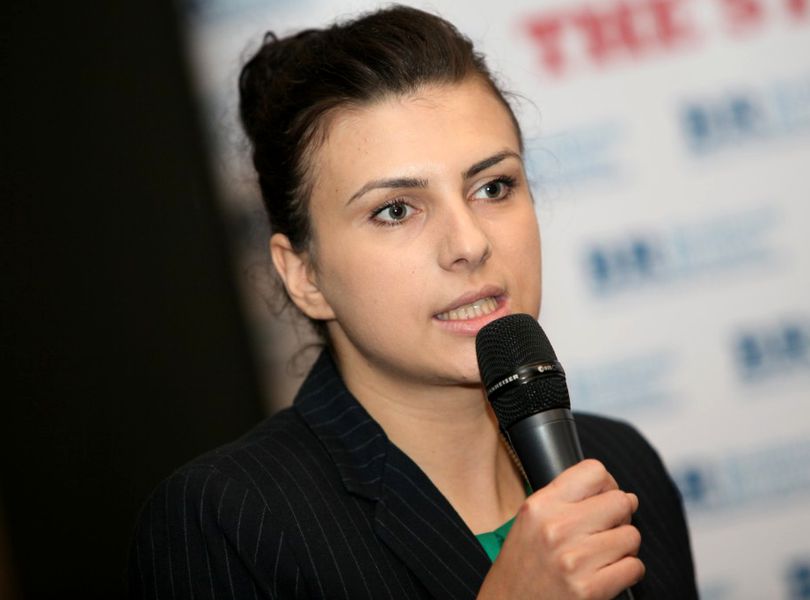 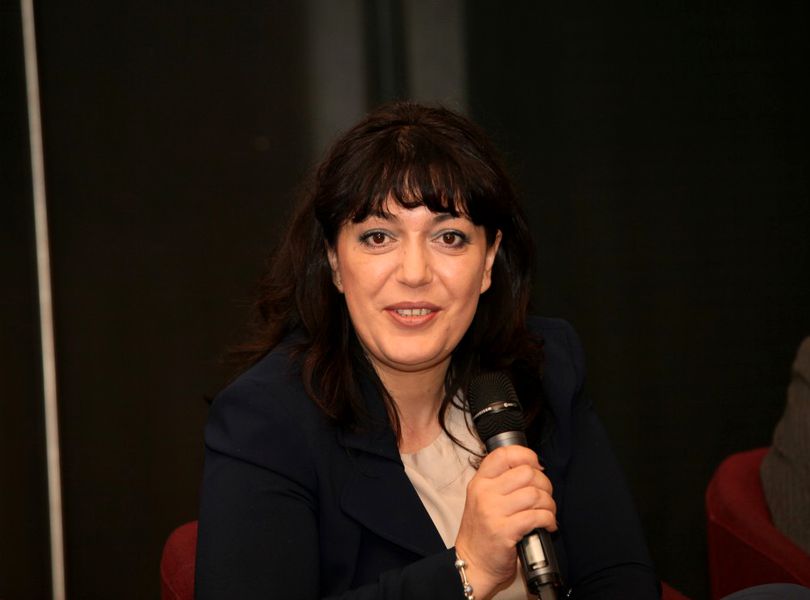 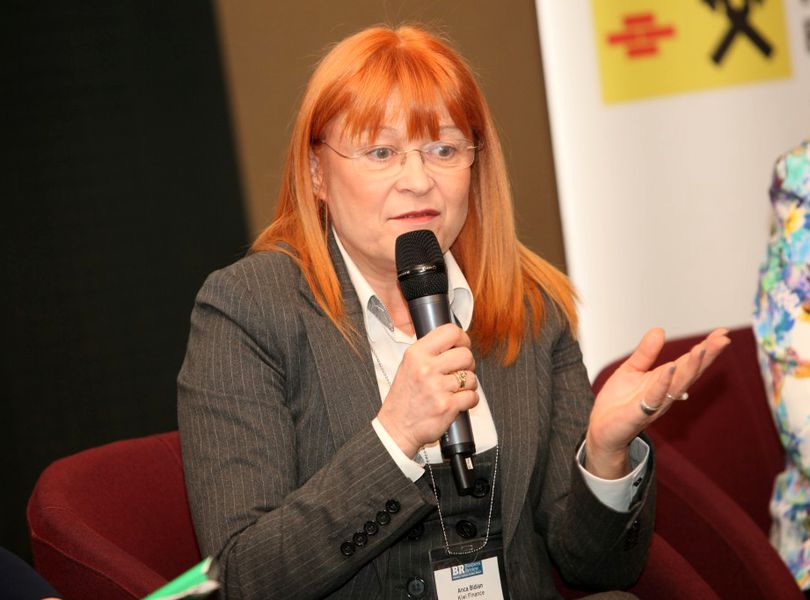 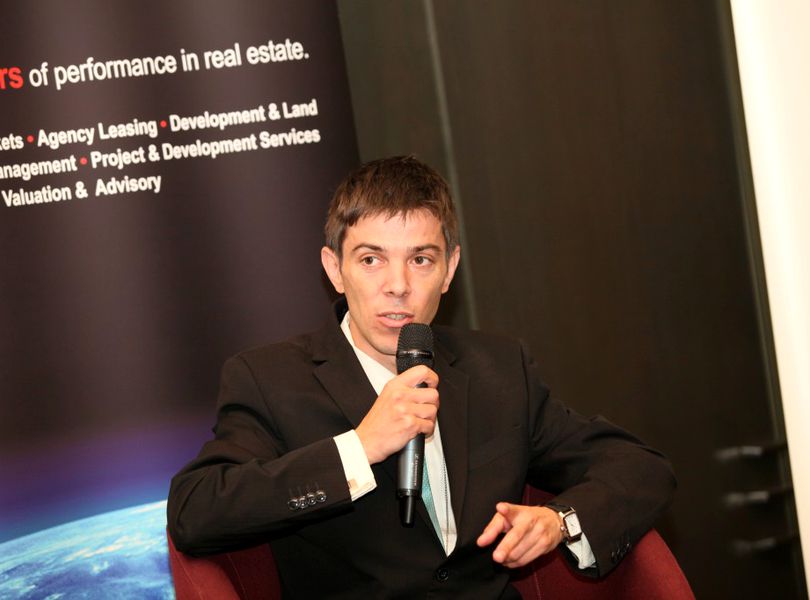 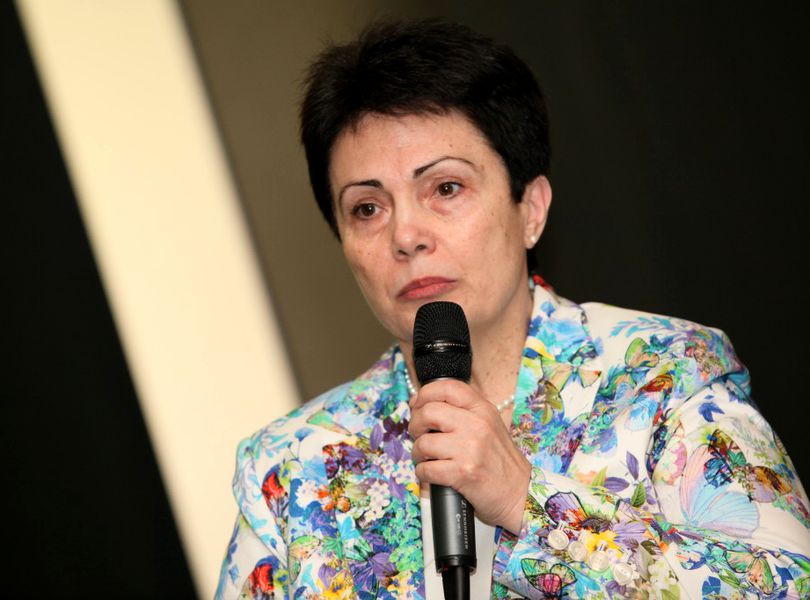