Opinion: we jazzed up Romania 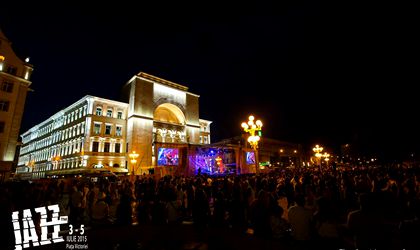 Last weekend, July 3-5, 2015, Bucharest, Cluj-Napoca and Timisioara have organized international jazz concerts for their public, in the attempt to color a bit the cultural scene for the locals and, of course, to have an extra point for the European Cultural Capital 2021 nomination which will be decided this October.

Bucharest Jazz Festival, Jazz in the Park and JazzTM have given free access to the public  to enjoy the sounds characterized by propulsive syncopated rhythms, polyphonic ensemble playing, varying degrees of improvisation, and often deliberate distortions of pitch and timbre, as the Webster defines the jazz. Moreover, they put up impressive scenes in the heart of these cities, offering amazing sound checks and beautiful light designs to complete the live concert experience, and, although I attended just one of these festivals, the JazzTM, I’m pretty sure that everything was as described in the other cities.

On the first night of JazzTM, I put a wrong label on the local public. I thought that people from Timisoara don’t understand the genre or at least not as I expected. They were all sitting and listening, without any visible non-verbal communication. They needed a calypso beat interpreted by the legendary Marcus Miller to dance, feel and enjoy what was happening on the stage situated in the Victoriei Square, everything lightened up by one of the most beautiful full moons I have ever seen in my life.

On the second day of the festival, the first surprise was delivered in the middle of the day, on 37 degrees C, by the rehearsal that Liv Warfield w/ Prince’s NPG Hornz has had with her band. People were passing by and stopping on that heat just to enjoy the amazing show was happening on stage, without any notice. Then, in the evening, the people were beside themselves, from the first concert, held by Ana Cristina Leonte to the last one, where 13,000 people were literally dancing on air, from children to elder ones, on the beats of Liv Warfield w/ Prince’s NPG Hornz.

Last day of the festival started with a well-known Timisoara based jazz group, the Exit Oz, followed up by an incredible electric jazz, Guillaume Perret, an innovative fusion of contemporary jazz, funky grooves and howling heavy metal. The pinnacle of the festival, the fabulous Dianne Reeves, was beyond any expectations. The show started without her, making us wonder where the greatest living jazz singer is. Control, emotion, intonation, interpretation, improvisation, phrasing, range, soul, everything was there, in Timisoara’s public square, right in front of us, in the person of Dianne Reeves, when she finally appeared on stage.

We jazzed up Romania and we continue to do so. Next, for four days, July 9-12, international jazz music will emanate from the small village of Garana in Poiana Lupului, in the heart of the Western Carpathians, Caras Severin county. Europe’s only open-air jazz festival in such place, now on its 19th run, is considered a contemporary Woodstock. This year’s lineup features Enzo Favata Quartet, Nighthawks, Tigran Hamasyan Trio, Gonzalo Rubalcaba – Volcán Projekt, Arifa, Adam Bałdych & Paweł Kaczmarczyk, Ralph Towner & Wolfgang Muthspiel, Vlatko Stefanovski Trio and many others.