Opinion: Courage is the name of the game 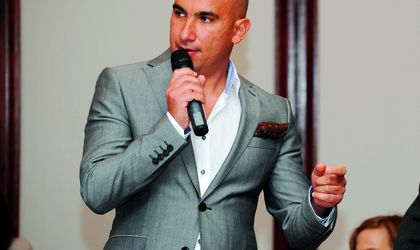 It’s fascinating how much we think we can control and predict the future and how far off our predictions seem to be each time, at least for the medium and long term. This twilight zone type of failure does not however stop us from indulging in the same type of educated guessing game next time there’s an opportunity.

Romania has the most competitive European telecom market, at least in terms of average revenue per user pressure, as well as the galloping “arms race” in terms of infrastructure development. Who could have predicted that ten years ago? Who could ever have imagined a sagging economy could live up to and even surpass Germany in any area, let alone in technology? The honest answer is nobody. To try and find post factum any smart reason why this happened is also doomed to fail.

However, one cannot help but notice that the advent of the mighty Romanian telecom service access industry is due to grass roots entrepreneurship and hard work as well as low levels of regulation and red tape. Somehow a state that reaches far into many areas has left telecommunications to effectively self-regulate for a long period of time.

Having seen many Central European and Western residential markets, I think I might easily argue that we enjoy the best overall price-quality ratio in Europe, possibly in the world. Which means that somehow we have what it takes to lead and empower.

The question is: can it last? And if so, how sustainable is it? It looks like the right structural set-up that led eventually to this leading position might be in danger. The jury is still out on that one, but just for a moment, let’s stop, take a step back and think it through. Interconnectivity tariffs are at an all time low, roaming charges have plunged under pressure from Brussels, the cost of labor is growing, despite recent otherwise welcome dips, new taxes show up out of the blue, like the peculiar tax on “special constructions”. The cherry on the cake is that content providers bump up their prices as they also need to offset the collapse of their advertising streams.

The immediate result is that the overall value of the industry is set to shrink rather than grow. And we cannot really blame this on the “crisis”. There is obviously one short-term benefit, lower prices for users, but everybody else is somehow on the losing end. How long can this imbalance keep up? Difficult to say, as the future is hard to tell even though it seems like it can be predicted. But why take chances?

It’s not really the case that someone or some entity should do anything about it. No one – not even outstanding individuals – is smart enough to beat the market as it winds about under various unforeseeable forces. Sometimes doing nothing is better than doing something. What I mean is that less regulation is better than more regulation.

People sometimes argue that you need an impartial watchdog to police the playing field and make sure nobody plays foul, just as in any football match you need a good referee to make sure the game runs smoothly. But the best referee is the one you don’t notice, and if you realize you don’t know his name, it means he did a good job. To extend the analogy, the regulatory situation in Romania and in Europe in general is more like a football referee who tells players to whom to pass the ball, how fast to run, when to shoot on target and even how many goals to score.

No wonder then that the European telecommunication industry is losing overall competitiveness, apart from the unfortunate fragmentation that is preventing European players from gaining sufficient muscle to commit themselves to innovation. Romania has a state-of-the-art telecommunications infrastructure because we did not follow rigid rules that are meant to manage complexity where it exists rather than stimulate growth.

I remember a time not that long ago when telco chief execs were heralding the brand new world of video-enhanced communication with MMS and video calling. Because boardrooms were hopeful they sank hundreds of billions of euro into 3G licenses, basically a bunch of A4 pages stating that operators could use a natural resource, radio spectrum, that used to not even be used.

The top brass’s predictions did turn out to be partly true but with an ironic and unwelcome twist of fate. Video calling and picture messaging is big, only not with the telecom providers who paid the bill. The likes of Google, Apple, Facebook, Instagram and YouTube have stolen the show to the extent that telco operators have become bitter and borderline hostile to the “freeloaders”. It always takes a high toll to rewrite the rules of the game when the game is half way through, so even suggestions of reparatory measures like limiting internet neutrality are bound to raise hell and tremendous oppositions from, let’s face it, the world’s most powerful and influential companies.

You cannot change the past but you can hope to influence the future. So embracing reality is more often than not a better choice when you want to adapt and prosper. What could this mean? Commit yourself to innovation, and not half heartedly like organizations tend to do today: “Let’s do a pilot, let’s try it out and if the business case is positive let’s ask HQ for money to really do it three years from now.”

Innovation does not work that way. You cannot aim, calibrate, recalibrate and shoot, hoping – demanding, even – that you are successful with each try. Innovation is not like selling potatoes; it’s a totally different animal. It requires trial and error and the sad news is that the error rate is overwhelming and could spark a huge war with any cost efficiency-minded CFO. Have the guts to fight for the right to waste some money intelligently for the future.

I have yet to see in these companies an innovation and research department as a permanent function. As a telco you cannot really control regulation if it goes ballistic on you and you cannot control what your competition does. Your only strategic chance to not play the limbo cost game of how low can you go is to get your hands dirty trying to come up with the one unforeseeable thing that will attract users in droves and make them pay because they want it badly, not because it’s just a good deal. The name of the game is the courage to try something other than the old trick in the book that once made you successful.

Nicu Pana is a sales management consultant of ten years’ standing with a background in the telecom industry. His international experience includes working on various direct sales force programs with telcos in several European countries: Slovakia, Hungary, Croatia, Greece, Montenegro and Romania. He specializes in building up direct sales forces and introducing sales force efficiency programs. He spent seven years as an entrepreneur running a youth marketing company. He started his career as an academic teaching business communication at the Academy for Economic Sciences as well as working as a business journalist and editor with various papers including this one.