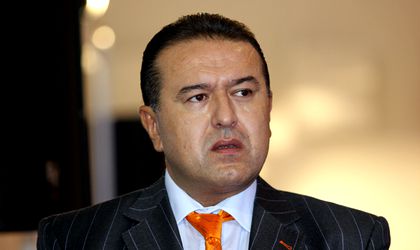 Among the top 100 exporters in Romania only three are Romanian capital based, according to news by Mediafax. This should make us think and better support these companies, says Chamber of Commerce and Industry (CCIR) president, Mihai Daraban.

“There are about 22,052 exporters in Romania, but the first 1,000 hold 82.4 percent of Romanian exports, not to mention that the first five companies hold 14.4 percent of exports. Within the first 100 places only three companies have Romanian capital, these numbers should make us think, we have a lot of work to do. We do not have very many economic players that can go to those areas of interest for us. I think a certain saturation has been reached inside the community, we need to move outwards, ” said Daraban at a conference organized by CCIR in partnership with the Ministry of Economy, Trade and Tourism.

He pointed out that the figures are not encouraging, given that 70 percent of foreign trade is directed towards European Union countries.

“I think this requires new approaches, the idea of ​​promoting a Romanian product for export needs to be translated into finding partnerships. We have to find partners in the business environment in Romania, because after 25 years we have companies that, although at the first generation, have this desire to find partners in foreign markets, “said Daraban.

He added that Romanian companies need to be supported and encouraged in their funding process and directed to alternative funding options other than bank resources, such as capital markets or external partnerships.