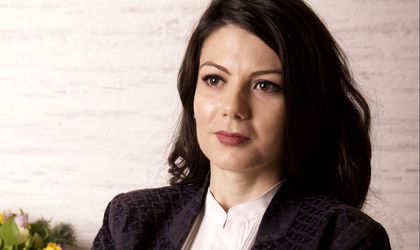 Floria.ro, the online division of Floria Group, posted sales amounting to EUR 1.05 million in 2015 (up 40 percent year on year), making up a little over 58 percent of the group’s total sales, according to a company press release. On the whole, Floria sales reached EUR 1.8 million last year, up by 80 percent compared to 2014.

This growth was sustained by increased flower sales to the corporate segment and special orders for personal or business events, as well as the opening of the two flower stores in Ion Campineanu Street and Dorobanti Square.

In 2015, the average value of an order delivered by Floria.ro was RON 228, 30 percent higher than the average value on the Romanian online market, of RON 170, where the company estimates it. This was an 8 percent increase over the previous year, when it was RON 210.

Card payments remain at the top of preferred methods, with 84 percent of the company’s clients choosing it, a rise over the 75 percent registered in 2014.

“In 2015 Floria.ro diversified the payment methods by introducing options for the payment with Bitcoin, cash before delivery in Bucharest, cash with Payzone and Vodafone M-pesa networks. But the card remains the most popular option, because it has the shortest time until the order confirmation. Most clients want the delivery to take place as soon as possible and so the fact that on Floria.ro we deliver the flowers in 2 hours since the payment is confirmed, to any destination in Romania, represents one considerable competitive advantage we have,” says Marina Popescu, the Floria.ro general manager.

The most ordered product on Floria.ro in 2015 was „Floral creation with lace”, while the concept–product „Gain her”, where 101 roses are delivered at different times, holds the highest volume in sales.