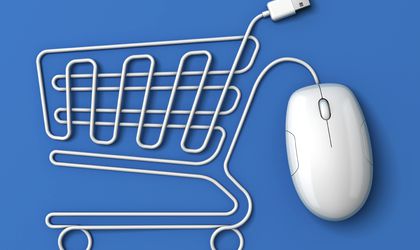 The total value of products purchased by Romanians last year- excluding payments of services, bills, air tickets, tickets to shows, vacations and trips – amounted to EUR 600 million, according to statements of the main Romanian e-commerce players who attended the 8th edition of eCommerce Awards Gala (GPeC), in November 2013 in Bucharest.

The Romanian e-commerce market consists of approx. 4,500 online stores, 1,000 more than in 2012, according to the estimates given by the main players. Of the total number of e-shops, over 1,000 are enrolled in and certified by the RomCard 3D Secure standard, a raise from the total of 781 stores in 2012.

“The Romanian e-commerce market expands steadily y-o-y with 33-35 percent. There are little, if at all, industries which still register such an increase. Even if in other neighboring countries such as Poland, the Czech Republic and Hungary, the e-commerce market is more developed, Romania presents a fantastic growth potential and is high priority for investors when it comes to Eastern Europe.” says Andrei Radu, founder & CEO of GPeC.

The number of internet users reached 10 million last year, 1 million more than in 2012, according to Eurostat.

While 27 percent of Romanians connect to the Internet, approximately one in four internet users buy online, according to Daedalus Millward Brown. About 84 percent live in urban areas, while 16 percent live in rural areas.

Regarding online card payment, the number of transactions increased by approximately 35 percent y-o-y in 2013, according to the statements of the VISA, MasterCard and RomCard officials.

However, the preferred payment method of the Romanian people remains cash on delivery, being used in over 90 percent of transactions.

The total value of online credit card transactions processed in the RomCard’s 3D Secure System is approximately EUR 220 million in 2013, similar to the value recorded in 2012.

A very interesting fact is that 60 percent of online credit card transactions are international, while only 40 percent are domestic transactions, according to MasterCard statistics.

In other words, Romanian people spend more money on websites abroad than on Romanian websites.

Towards the end of the last year, over 17,000 online credit card transactions were taking place in the RomCard 3D Secure system each day, resulting in more than 500,000 transactions each month.

*The figures published by GPeC are based on statistics and estimates made by VISA, MasterCard, RomCard, GPeC, Daedalus Millward Brown and representatives of top online shops.