One in three SMEs in Romania is managed by women 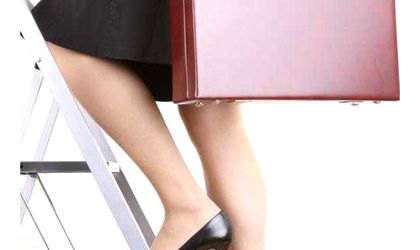 One in three companies is led by a woman, and 35 percent of the SMEs in Romania are owned by female representatives, according to BCR data.

The feminine business environment in Romania sees an increasing development, more and more companies choosing to recruit women in management positions and also a significant number of companies are open to entrepreneur-women.

According to the BCR data, businesses managed by women registered, over the past three years, an evolution compared to the rest, with an annual increase in turnover by 2 percent against the national average.

Women choose fields such as services – business consultancy, beauty salons, and commerce – pharmacies, grocery shops and clothing stores, when it comes to starting a business. The largest cities – Bucharest, Cluj and Timisoara – have 30 percent of the businesses set up over the past two years by women, while the share of businesses owned by women is 4 percent higher compared to the national average in these cities.

Also according to BCR, last year 41 percent of women were granted guaranteed loans vs. 59 percent men.

Regarding the positive aspects of having more manager women in the business environment, Dana Demetrian, vice-president Retail & Private Banking BCR, said that they inspire principles and values such as kindness, transparency, trust, understanding and objectivity.

“I think a homogeneity between men and women within a company is benefic and brings the value of a team,” Demetrian said at an event organized by BCR on Friday. She also believes women make good decisions, they are more tough-minded than men and they usually take chances.

“I think women who reached a certain level in their career should keep on trying to pass the glass ceiling and go further, all the way to the top,” said Irina Anghel, managing director South Eastern European Private Equity and Venture Capital Association.

More than 11,000 women started their own business last year, bringing the number of female shareholders in Romanian companies to almost 420,000, according to a ZF analysis based on Trade Registry data.