One in five Romanians is poor, according to government data 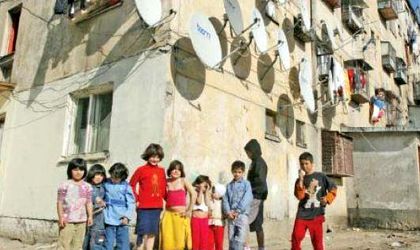 Romania is confronted with a poverty epidemic since one in five Romanians is poor. The government plans to take 400,000 people out of poverty by 2020, according to a draft of The National Strategy for Reducing Poverty, launched for public debate by the Ministry of Labor, Family, Social Protection and the Elderly. The draft will be under debate until February 10, writes Mediafax newswire.

According to this draft, one in five Romanians faces poverty due to insufficient revenues, and most of the people who are poor have been so over the past three years. One third of the Romanian population cannot afford to buy indispensable things for a decent lifestyle. In Romania, there are still children who have never attended school and the number of young people who lack proper education is rather high. Many people still do not work or are not formally hired, and run small chances to gain proper access on the labor market. People also do not have access to basic medical services in equal conditions.

“There are many poor communities where these problems have accumulated and make it nearly impossible to break the cycle of exclusion, in the absence of outside intervention to support and integrate the members. The current strategy for social inclusion and reducing poverty comprises an action plan that will allow Romania to make considerable progress in reducing poverty and encouraging social inclusion in the case of vulnerable  people, groups and families over the next seven years. Give the reactions to these social challenges, the strategy also comes up with a set of measures meant to ensure that the targets assumed by Romania as part of the Europe 2020 Strategy are met,” according to the document.

The strategy targets poor people or families with an annual revenue that is below 60 percent of the average revenue per adult. In 2008, nearly 5 million Romanians were part of this category, writes Mediafax.

“The Government plans to take this number down by at least 580,000 until 2020. In 2012, their number had already reached 4.8 million, which means that 30 percent of the targets have already been attained. From 2012 until 2020, the goal is to take another 400,000 people out of poverty, representing the other 70 percent left in the targets. The vulnerable groups are those that are excluded from the labor market, the education system, the health system, housing, and other services,” shows the draft.

The most exposed are children, people with disabilities, elderly who are alone or non-autonomous and Rroma, representing in total 3 million people. However, the entire population that is estimated to be poor and vulnerable counts in total 5 million people.

One of the priorities in the strategy is to create jobs and opportunities for poor people as well as encourage equality of chances. “This means developing the abilities, education and and experience on the labor market of the poor from the point of view of the revenues, increasing the occupancy rate of this segment and applying measures that would improve payments for the target group. A similar approach can be taken in the case of the other active assets of the poor households, such as the land and animals. We also proposed that the government reduce poverty through a more substantial and specific allocation of social protection expenses for the poorest segment of the population,” says the draft.

Most of the poor have been poor for a long time. From a 22.6 percent poor population in 2012, 81 percent lived in persistent poverty. “Nearly a third of the children in Romania live in persistent poverty, and they run higher risks of living in these conditions than any other age group. The poverty risk for children has gone up by 3 percent between 2008 and 2012, while in the case of other age groups, the risk went up by just 1 percent or even decreased,” according to the draft.