“After a recent period of volatile crude prices and macroeconomic uncertainty, 2012 was a year of relative stability, with strong operational and financial performance for Petrom,” said Mariana Gheorghe, CEO of OMV Petrom.

“This was the result of the preceding years of high capital investments in our core business and a focus on operational excellence.”

The company will focus this year on stabilizing production volumes and plans to acquire new exploration licenses.

In exploration and production, the clean EBIT rose by 6 percent to RON 5.7 billion (EUR 1.2 billion), driven by a favorable FX environment and higher oil prices. The group registered a 1 percent hike in the average realize crude price to USD 94 for one barrel. The Average Urals crude price added 1 percent to USD 110.7 per barrel.

The exploration expenditure rose by 21 percent to RON 530 million (EUR 119 million) due to increased seismic campaigns and onshore wells drilling. The company drilled 34 new wells in the fourth quarter.

OMV Petrom discovered last year gas in the Black Sea, during exploration works carried out in joint venture with ExxonMobil. 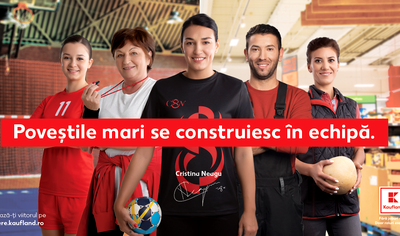 Read more about
Kaufland Romania to offer 1.000 new jobs by the beginning of 2021
read more

In gas and power, the clean EBIT more than doubled to RON 359 million (EUR 80.5 million), helped by the power generation sector. The Brazi gas-fired power plant covered around 6 percent of Romania’s electricity production since August 2012, when it started production. OMV Petrom received 182,784 green certificates for the Dorobantu wind park.

The group said Romania has become a net importer of electricity last year, after gross production in Romanian assets fell by 5 percent, while the consumption rose by 0.2 percent.

In refining and marketing, the clean CCS EBIT fell by 79 percent to RON 31 million (EUR 7 million), due to a weak economic environment. Refining margins and volumes fell due to lower demand in the first quarter.

OMV Petrom will propose the board an investment plant of over EUR 1 billion this year.