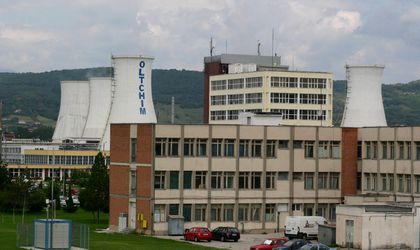 Oltchim will lay off 225 people, representing about 10 percent of staff as part of the reorganization plan, according to Mediafax. The number is lower than the 500 originally planned and was due to company improved results and increased production efficiency in the first semester.

This is the second series of layoffs at Oltchim, after the one in 2013 when over 900 employees were laid off.

Surplus staff redundancy is part of the reorganization plan approved by the bankruptcy judge in April, in which the company management is committed to implement measures to mitigate its fixed operational costs by approximately EUR 450,000 per month, which implies both an increase in installation yields, and a reduction of  the wage bill.

“The positive results achieved by Oltchim in the first half of the year  and investments made from own resources in improving the efficiency of production facilities led to a reduction in the number of employees of 225 people, compared to an estimated 500 redundancy originally estimated, which results in a monthly wage bill economy of RON 968,000, ” a company statement shows.

In the first semester Oltchim improved financial results of current activity compared to the same period of previous years, recording a turnover of RON 364 million (EUR 82,5 million), up 35 percent over the same period last year and 73 percent over the first half of 2013. Registering an EBITDA profit of RON 24.4 million (EUR 5.5 million), the total loss in two years was reduced by RON 138 million, up 9 million in the first half of this year.

Oltchim’s insolvency administrators Romlnsolv SPRL and BDO Business Restructuring SPRL, with special administrator, Bogdan Stanescu and the management of the company, have completed the consultation procedure with the employee representatives on the number of employees who will be made redundant in the next period, according to current production capacity utilization.

Of the total of 225 employees to be made redundant, a total of 114 employees will be from the Bradu petrochemical division in Pitesti. The unit has been in conservation since 2010, but its employees had been receiving salaries according to the Collective Work Contract, even if the unit was not engaged in production.

The company is also aiming to balance auxiliary staff with production personnel, so that a very small number of people employed in production will be the subject of the collective layoff action.

The action for collective redundancies of surplus staff will be notified to the Labour Inspectorate and Territorial Agency for Employment, followed by communication of the dismissals within 30 days, employees being laid off having a minimum notice period of 20 days.

All employees made redundant will receive monthly, starting the first month after dismissal, wages owed by the company. Starting February or March of next year, they will receive up to 12 compensatory wages, depending on seniority, until the company’s redundancy funds are exhausted. They will also receive royalties on annual leave for the entire year and holiday bonuses.

According to the source, the company paid monthly salary rights for its 2,200 employees and at the same time, staff made redundant in 2013 has received RON 531 April and May, and RON 1,000 in June in compensatory wage.

Investment in production facilities during the first half of the year amounted to RON 6.1 million, and in June a new production line was restarted, the  oxo-alcohols facility.

The state owned company has been insolvent since January 2013 and the reorganization plan provides for the sale of the plant for a minimum of EUR 307 million.

The state attempted the privatization of Oltchim on several occasions, to no avail. At the last deadline of  December 15, 2014, no investor has expressed interest to take over the company.

The plant is owned by the state through the Ministry of Economy, 54.8 percent of the shares, PCC SE with 32.34 percent and other shareholders, with 12.85 percent.