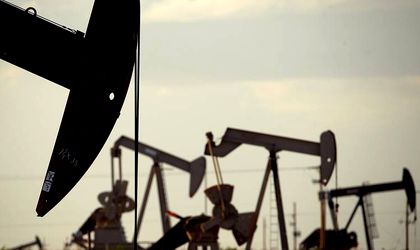 Oil prices experienced a modest rise on Friday, but remained within reach of 11-year lows, as Chinese stocks struggled back after this week’s crashes.

On Thursday, oil prices plunged following the rapid stock selloff in China that fueled oil market fears, reports MarketWatch. “Oil prices moved away from intraday lows just shy of USD 32 yesterday as Chinese equity markets seem to recover after a turbulent start of the year”, said Michael Poulsen, oil analyst at Global Risk Management, to MarketWatch, further adding that “the rise is still fragile and unless the increase holds all day, prices could test USD 30 short-term”.

The possibility of oil prices falling below the USD 30 mark short-term means that “some investors are protecting themselves by acquiring put options giving them the right to sell at USD 25 a barrel, anticipating that Brent will fall below that”, reports Reuters, showcasing persistent anxiety in the oil market.

Following the removal of the circuit breaker mechanism blamed for causing more volatility on the market, Chinese stocks rose on Friday, coupled with a strengthening of the yuan, says MarketWatch. The Shanghai Composite Index also rose, finishing up 2 percent after the 7 percent plunge from Thursday, but still ended the week down 10 percent, its worst performance since the week finished August 21, 2015, says the Wall Street Journal.