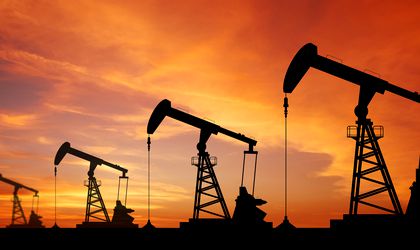 After a tumultuous week where oil prices saw the lowest levels since 2003, prices went through a sudden weekend comeback on Friday before leveling off to above USD 30 a barrel, only to start falling again on Monday morning, reminding the market that any recovery in oil prices will not follow a straight line, according to the Financial Times.

European markets are already feeling the impact of the once again falling oil prices, failing to hold on to their opening gains, with the pan-European STOXX Europe 600 index registering a decrease of around -0.5 percent.

As of 11.40am on Monday, Brent crude oil has lost around 3.5 percent to reach USD 31.05 per barrel, after prices experienced a dramatic increase on Friday, partly due to the awaited arrival of the snowstorm that hit the US over the weekend, claiming 19 lives and disrupting flight schedules, says FT.

Moreover, “adding some support were comments by Saudi Arabia describing the collapse in oil prices below USD 30 as ‘irrational’”, reports FT. “The market has overshot on the low side and it is inevitable that it will start turning up”, said Khalid al-Falih, chairman of state oil company Saudi Aramco, at the World Economic Forum in Davos last week, underlining that current prices could not last, says FT.

On Friday, diesel futures, reflecting trading of heating oil, “posted their biggest daily percent gain in more than a decade ahead of a blizzard forecast to pummel the East Coast”, with U.S. oil prices bouncing back after falling to below USD 27 per barrel , according to Bloomberg. Nevertheless, “once the cold weather passes, the oil market’s focus could revert to sluggish global growth and the knock-on effect on oil demand”, adds Bloomberg.