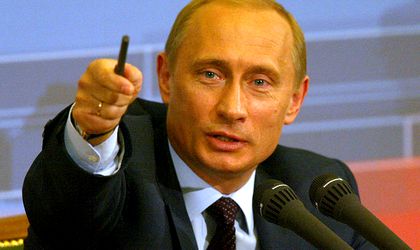 President Putin signed a treaty on Tuesday with pro-Russian Crimean leaders to accept the “Republic of Crimea” and city of Sevastopol into the Russian Federation.

Putin hailed this weekend’s referendum in Crimea, saying that the nearly 97% of its residents who voted to join Russia was “an extremely convincing figure.”

In a televised address to the nation, he said Crimea’s vote Sunday to join Russia was in line with international law, reflecting its right for self-determination. To back the claim, he pointed to Kosovo’s independence bid from Serbia — supported by the West and opposed by Russia — and said that Crimea’s secession from Ukraine repeats Ukraine’s own secession from the Soviet Union in 1991.

The Russian president also stressed the historical and cultural ties between Russia and Crimea, writess CNN.

“In our hearts we know Crimea has always been an inalienable part of Russia,” he said.

The President denied that Russia had been militarily involved in Crimea, despite what has been stated by authorities in the Ukraine capital and international observers.

“We have not used our armed forces in Crimea,” Putin said.

Basescu: Putin is doing a good job for Russia

Romanian president Traian Basescu said on Monday, after the Crimean referendum, that there is no risk for a war in the Black Sea perimeter, and the country is not at risk of aggression.

“There’s is no reason to fear a war. Not in the Black Sea area, not in Ukraine and not even in Crimea. Nothing is going to change for Crimea militarily speaking. Romanians should not fear an aggression from Russia or Ukraine. If we were in danger, I would’ve stated it clearly. There are no direct security threats, but the regional threats are rising. What happened in Crimea is a projection of a possible scenario involving the Republic of Moldova. There is no way Romania will involve itself militarily if that is the case“, according to Basescu.

Asked about Putin’s performance as a leader, Basescu believes he is behaving as a proper president for Russia:

“Putin is a powerful man who will not hesitate to protect the Russian Federation’s interests. He believes in re-establishing USSR’s former borders in one way or another: if flattery will get him there, then flattery, if not, then tanks. (…) He is doing a good job for the Russian Federation, but not for the EU”, the president explained.

Romania’s president believes that Russia should at least be economically sanctioned for its military intervention in Crimea:

“They will not deter him but economic sanctions must be applied. The big question is wether we will approach Russia’s sanctioning on a political level and we may or may not support that at the next European Council”, Basescu said.