Number of new apartments to go up by yearend 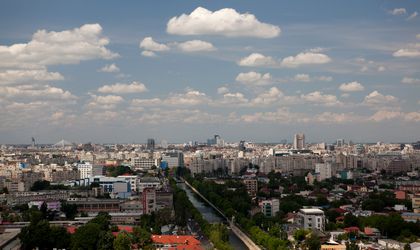 After posting the first signs of growth in 2014, the local residential market has maintained this trend in the first semester of 2015. Market representatives are expecting stable development through to yearend, too. One welcome change, however, is that the market is becoming increasingly mature, raising hopes of a sustainable growth cycle ahead.

Confident in the first signs of growth posted last year, developers are expected to push the pedal on residential developments this year. Some 10,000 new housing units will be delivered in Bucharest and its surrounding areas by the end of 2015, beyond last year’s level, said Viorel Mohorea, project manager, new homes division, at Coldwell Banker, during BR’s 14th Realty event, held last month.

And who else is building? “On one hand there are those developers that have been active since before the crisis. New entrants are generally small local players, many of whom have already completed and sold successful projects and who are building larger projects. Some of them have been present so far only in southern Bucharest and are now upgrading to better areas of the city. So what we’re seeing is that there are few foreign newcomers while local ones are increasingly active,” commented Adrian Erimescu, co-founder and CEO of Imobiliare.ro. There are even office developers now expanding their business into residential, according to media reports.

As for how the market will look at the end of 2015, most pundits forecast a stable evolution through to yearend, with the possibility of small price increases for new apartments. Sales targets are on the up given results from the first five months of this year.

For example, sales in the Cosmopolis residential project in Bucharest have been rising for the past three years; however, this year growth stood at around 30 percent. “While last year we sold on average some 27 units each month, this year we’ve sold on average 40. The developer will also deliver some 400 new apartments which it wants to sell by yearend,” said Mohorea, whose agency is the developer’s exclusive representative.

And the word of the day remains stability. “We hope to see a normal growth cycle that will last for more years. What we don’t want is another boom period that after two years will be followed by another crisis,” said Laszlo Csiki, CEO of Adama Group, a member of Immofinanz Group, during the Realty event.

Clients are getting demanding

“Buyers are more educated and asking more questions than they did in 2008, for example. They pay great attention to the neighborhood’s development potential because they see the acquisition as a long-term investment and they often bring along consultants to advise them on the quality of the construction. This didn’t happen very often before,” said Mohorea.

Imobiliare.ro visitors are also more demanding in terms of the details provided by the real estate platform, according to Erimescu. “They are paying more attention to the available information – information about the neighborhood, access to public infrastructure, schools and so on. This is a clear change from a few years back when they needed far less information. Now they are very focused on the quality of the information requested. Their research also takes longer,” he added.

Another aspect is that buyers are no longer willing to make off-plan acquisitions, except from well-established local developers, according to Andreea Comsa, managing director of Premier Estate Management.

All in all, most transactions today are closed by the intended owners, whereas back in 2008 many of the acquisitions were made by large, speculative investors who were looking to make a profit in six to eight months, added Mohorea. This doesn’t mean, however, that investment buyers are no longer present on the market.

“There continue to be investors interested in apartment acquisitions given that property yields surpass interest rates on bank deposits. So there are still investors looking to buy apartments – probably not as many as in 2008 but they are nevertheless active. Also, because prices have stabilized, many buyers that have the necessary funds to make an acquisition, but have postponed it for years waiting for prices to go down even further, have started to buy,” said Comsa.

And developers need to adapt to buyers’ needs and preferences – present as well as future ones. “We need to be able to anticipate. Given that we are building a product today that will be available on the market in one, two years, we need to be able to anticipate how demand will look by then,” said Csiki. The company is currently developing a EUR 3 million project in the Berceni neighborhood of Bucharest.

As for buyers’ financing options, the government-backed Prima Casa scheme continues to be the market’s main driver. “Prima Casa remains the leading financial option for Adama’s clients; however, low interest rates mean that they are also opting for regular mortgages,” added Csiki.

One positive development is the fact that more developers are offering their own financing programs. “This means that they have easier access to financing themselves,” pointed out Erimescu.

Indeed, industry representatives believe that banks are more open to financing not only end buyers, but also developers. Although Adama is financing the EUR 3 million investment in the Berceni project from its owns funds, it says it has been approached by several small banks offering financing options.

All this should confirm once more that the market has entered a more sustainable growth cycle, say pundits.