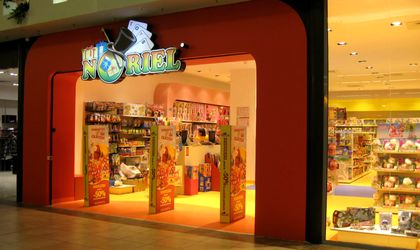 Toy retailer Norial talked to Mediafax about its plans to relocate the factory it owns in a larger space, to open new stores and to replicate the business in Hungary, Bulgaria and Moldova.

Noriel argues that it registered a “double-digit organic growth” in 2014. Overall it had a good year, in tandem with Romania’s toy market, currently estimated at EUR 150 million.

“We estimated we would reach EUR 25 million in turnover, compared to EUR 18 million in 2013. Last year we opened 4 stores and we have 44 in total. In 2015 we will open three anchor locations (Noriel Mega Store) with areas between 750 and 1,000 square meters. We will also open new stores in our classic format. (…) The average investment for a big store is around half of million euro”, according to Cristian Constantinescu, general director for Noriel.

The company is also testing a new format targeted for babies, Noriel Bebe, currently located in mall Baneasa, but Constantinescu says that Noriel will expand based on its standard toy-store format.

“We won’t forget to replicate the model on neighboring markets. We’re looking at Hungary, Bulgaria, republic of Moldova”, the general director said, also mentioning that expansion on these markets could start this year.

Also in 2015, Noriel is going to introduce a pick-up service, for clients that purchase items online. Online sales increased 60 percent year on year for the toy retailer in 2014.

“600-700 of our products are under our own brand, out of 2,000, and we will grow that, especially on the creative toys side, where there is huge potential for development. We’ve reached 40 percent of sales in december and we want to reach 50 percent”, Constantinescu said, adding that these Noriel branded toys are produced by Chinese partners.

The company owns a factory in Filipestii de Padure and is planning on expanding its capacity and relocating to a larger space in Prahova, where the same employees will work. Noriel currently employs 150 people in its factory, storage facility, stores and offices.