No sweet news from Romania’s beekeepers: honey production to drop 30 percent in 2015 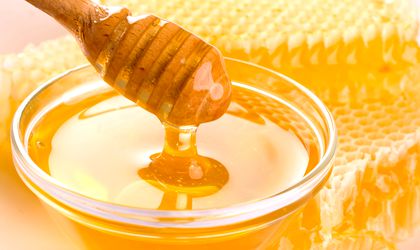 The severe drought affecting Romania this summer will take effect on the honey production, according to the Romanian Beekeepers’ Association (ACA) representatives quoted by Agerpres.

Specialists expect honey production to drop some 30 percent in 2015 from an annual average production of 22,000 to 24,000 tonnes, main reasons being the severe drought but also the depopulation of bee colonies.

“The depopulation came amid a strange winter, when more than 150,000 bee colonies died due to lack of quality food and the lack of pollen in autumn and I think this will happen also this year because it is the only source that helps their growing,” said Ioan Fetea, chairman of ACA.

Fetea added he could not estimate whether this would bring a rise in prices, since “the market’s demand has not been so high”.

“Firstly, there was a surplus of acacia honey in Europe and, on the other hand, there was the impact of light-coloured honey from Argentina. Germany has brought this year several tonnes of honey from Argentina to mix honey. I do not think the price should go up because there is honey in Europe and even we import 10 to 15 percent of what we consume. Thirdly, we have just decreased the price by some 12 percent following the cut in VAT and honey is not in great demand in Romania, anyway,” added the ACA chairman.

With an annual production of 22,000 to 24,000 tonnes of honey, Romania ranks fourth among honey producers in Europe. The country currently has 1.47 million bee colonies and approximately 40,000 beekeepers nationwide, with 60 percent of these being ACA members and holding 900,000 bee colonies.

Beekeepers are programmed to have talks with representatives of the Ministry of Agriculture seeking financial support to ensure food reserves for wintertime.

The ACA is an association established in 1958, it has 40 county branches as well as shops for beekeepers, providing them with all the necessary equipment and genetic material.