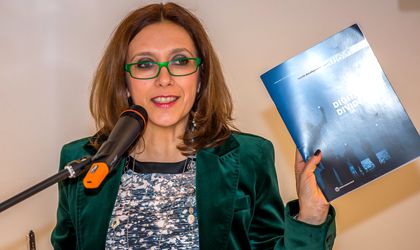 Romania is home to nine out of 15 cities that have the highest broadband internet speeds in the world. However, Romanian authorities should take measures to bridge the digital divide between urban and rural areas, Elisabetta Capannelli (in picture), World Bank country manager for Romania, warned upon the launch of the report Digital Dividends World Development 2016, which was released on February 9.

Romania landed on one of the first positions in the world in access to high-speed broadband, proving even better indicators even that the European Union average. (…) The ITC sector can become one of the key deciding factors in the Romanian economy, if the opportunities offered by high-speed internet are used at their fullest. The Digital Agenda is an important domain as far as the commitment of the World Bank in Romania is concerned.

One of the key findings, also confirmed by the report this year, is that geographical differences and poverty are closely related to the way technology is used at national level, said Capannelli, who was appointed World Bank country manager for Romania and Hungary on May 7th, 2013.

While the internet speeds in the top Romanian cities is top notch, there are still many areas across the country yet uncovered by internet. The Romanian authorities started steps to cover these white areas.

The RO-NET EUR 85.6 million project, which is meant to roll out broadband infrastructure in 783 poor locations in Romania, with approximately 400,000 inhabitants, is under way at the moment. The project, which was assigned to Telekom Romania, should have been completed last year, however, the term of completion was moved for October 2016.

According to the World Bank report, nearly 60 percent of the world population is offline, and cannot actively participate to the digital economy. Moreover, 6 billion people do not have access to a high speed internet access, approximately 4 billion do not have access to an internet connection and approximately 2 billion people do not own a mobile phone.