Nigel Farage: “Any fair-minded person would have a right to be scared if Romanians moved next door” 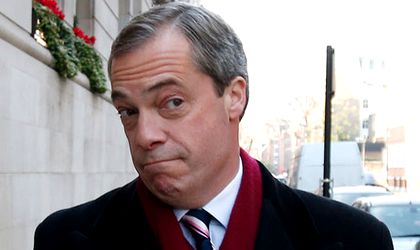 Nigel Farage, leader of the UK Independence Party (Ukip), made several controversial statements the past week, saying “any normal and fair-minded person would have a perfect right to be concerned if a group of Romanian people suddenly moved in next door”.

Mr Farage also said Romania was “highly susceptible to organised crime”, adding “it is perfectly legitimate to point this out and to discuss it in the public sphere”.

In a statement on the Ukip website, he added: “This is not to say for a moment that all or even most Romanian people living in the UK are criminals.

“But it is to say that any normal and fair-minded person would have a perfect right to be concerned if a group of Romanian people suddenly moved in next door.”

“So far as I can see most of those media commentators objecting to this statement are people living in million pound houses for whom the prospect of such a turn of events is not a real one.”

The comments come just as Ukip is currently under fire for their campaign against Romanians and Bulgarians that was described as “fear mongering” given that after 1 January 2014 the number of immigrants from those countries actually dropped in the UK. Several authorities demand that Ukip apologise for their position.